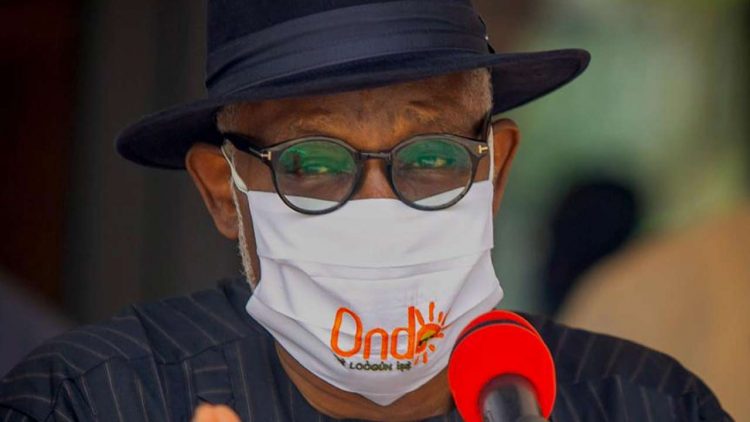 Governor Rotimi Akeredolu of Ondo State was on Wednesday screened ahead of the All Progressives Congress (APC) primary slated for July 20. He is one of the 12 aspiring for the ticket.

He wrote: “I have just undergone screening by my party @OfficialAPCNg. Members of the committee were thorough, scrutinising all documents among other questions. I believe the party made excellent choices of the committee members. Very professional and courteous”.

It was learnt on Wednesday that the Caretaker/Extra-Ordinary National Convention Planning Committee (CEONCPC) has settled for indirect mode of primary.

A senior party official, who spoke in confidence said that the Caretaker Committee resolved to stick to the mode of primary adopted and conveyed to the Independent National Electoral Commission (INEC) by the former National Working Committee led by Comrade Adams Oshiomhole.

A source at the meeting said that the Caretaker Committee had its hand tied due to the constitutional provision that mandates political parties to notify INEC of the mode of primary 21 days before the conduct of the party primary.

“We have adopted the letter Oshiomhole wrote to INEC. The caretaker committee does not want to tamper with that arrangement,” an official said. ‘A man of many firsts’, APC celebrates Odigie-Oyegun at 81