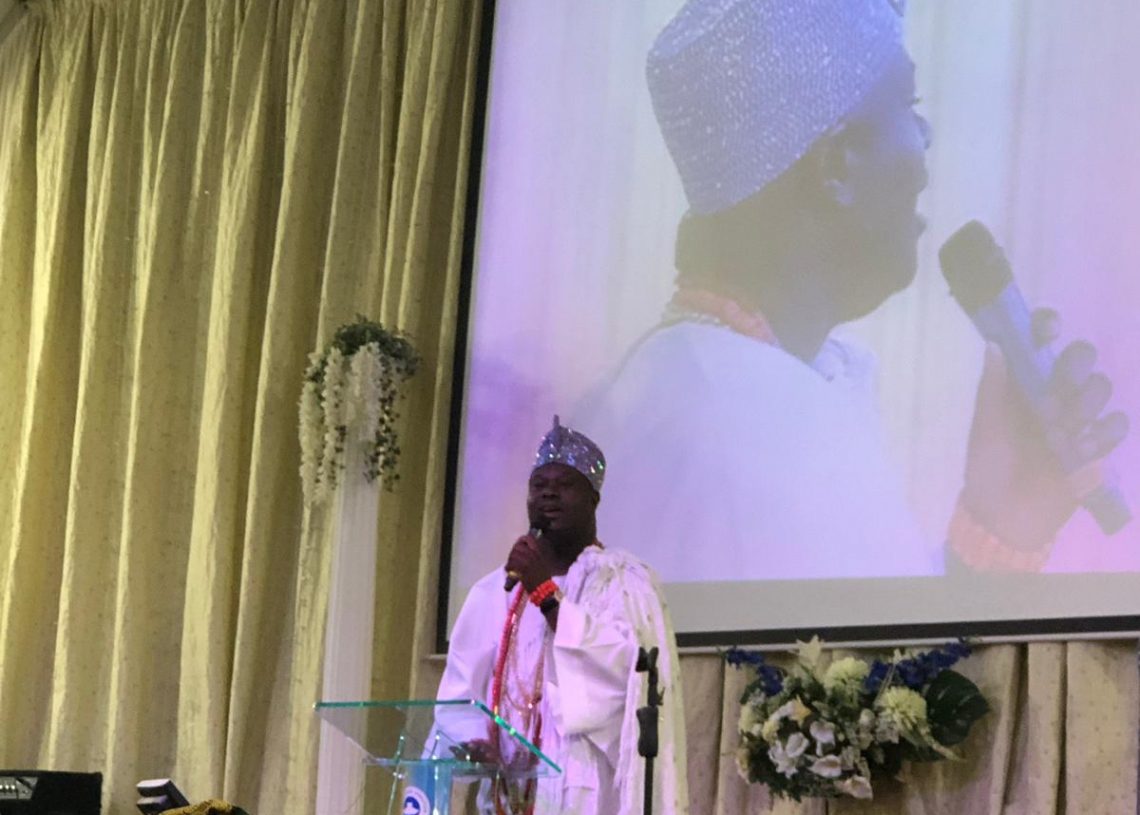 Arole Oodua and Ooni of Ife, Ooni Adeyeye Enitan Ogunwusi, Ojaja II on Sunday joined other congregants to worship God at the Jesus Center Dublin – the regional headquarters of the Redeemed Christian Church of God in Ireland.

According to reports, the Ooni who is on a 7-day visit to the Republic of Ireland will also be attending the 2019 TAIF International Art & Craft Festival themed ‘UNITING THE WORLD WHILE SUSTAINING THE AFRICAN IDENTITY.

Ooni’s new wife, Mariam steps out with hubby for the first time at Olojo festival

Ireland to increase state pension for workers above 66 years

A statement signed by his Director of Media & Public Affairs, Comrade Moses Olafare who is also on the trip, the foremost African traditional ruler is scheduled to be in the the Republic of Ireland between 23rd to 30th June, 2019.

He will during the visit meet with his Yoruba subjects and other Africans residing in the European country and also attend to several diplomatic activities toward strengthening the ties between Nigeria and Ireland.

“Ooni Adeyeye Enitan Ogunwusi Ojaja II in his status as leading light in Africa and Co-chairman of the National Council of Traditional Rulers of Nigeria(NCTRN) will be involved in activities like; paying courtesy call to the Nigerian Embassy in Ireland, visiting selected museums & Ladyswell Shrine, as well as witnessing the formal inauguration of Arole Oodua Competition. He will also watch a scheduled football match between Afro Stars FC Vs. St Kelvin FC organized in his honour.

“Other activities include; “Attending the opening ceremony of Tell Africa International Art & Craft Festival 2019, exhibitions, religious interdenominational services as well as attending the grand finale where the King & Exquisite award will be held.”

The statement also added that the event which is coordinated by Tell Africa, an international cultural media outfit under the chairmanship of the monarch with Ms Gbemisola Bisi-Taiwo as CEO is supported by the House of Oduduwa and it is one among several cultural initiatives geared towards advancing the Yoruba and African culture.