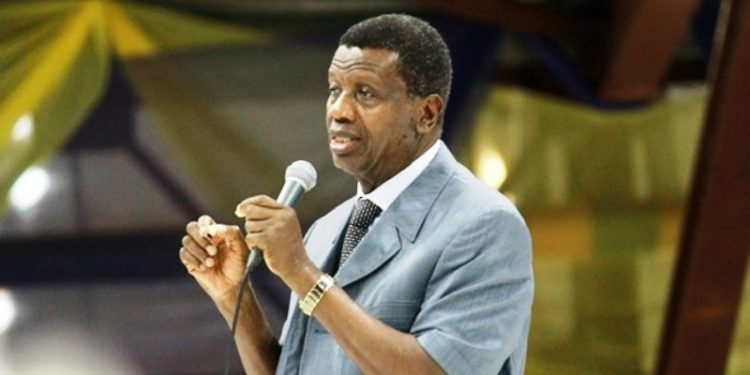 The General Overseer of the Redeemed Christian Church of God (RCCG) Pastor Enoch Adejare Adeboye has declared sponsors of terrorists in Nigeria will not cross the year 2020 into 2021.

TheNewsGuru.com (TNG) reports Pastor Adeboye, fondly referred to as Daddy GO, made the declaration on Sunday as the church marked the October edition of its monthly thanksgiving service held at the Throne of Grace Church in Lagos State.

“I’m standing on this altar today, to decree in the Name that is above every other name, any terrorist and any sponsor of terrorists in Nigeria, will not see the new year,” Pastor Adeboye said while ministering during the thanksgiving service.

During the ministration, the cleric prayed for unity in the country and for a better tomorrow for the citizens. He prayed that all terrorists and their sponsors will not see the new year.

Adeboye also assured Nigerians that the Almighty God will arise against those pretending to be friends with Nigeria but planning to enslave the country.

He prayed: “Where they say there is no way, God will arise and make a way for Nigeria and everyone. Any form of stagnation in Nigeria will come to an end and every terrorists and their sponsors will not see the new year in Jesus’ Name, Amen.”

Claiming that God has given the country victory over the Coronavirus pandemic, Adeboye enjoined everyone to always give praise to God at all times.

He said: “We thank God for the victory over Coronavirus and we pray that the victory will be total and permanent.

“We also pray that God will help us to be united and let our tomorrow be alright.”

Adeboye who took his reading from the book of Psalms 68, verses 1 to 4, prayed that “God will fight for us, arise and make a way where there is no way”.

Earlier, the RCCG GO had counseled the Federal Government to give Nigeria a lasting answer to secession agitations and its economic challenges by restructuring the country.

According to Adeboye, the reformation of Nigeria must be done “as soon as possible” to forestall a breakup of the various social-ethnic components that make up the country.

The anointed cleric stated this on Saturday at a 60th Independence Day Celebration Symposium co-organized by the church and the Nehemiah Leadership Institute.

At the symposium with the theme, ‘Where will Nigeria be in 2060?’ Adeboye offered the adoption of a merger of the British style of government and the American system of government to pave the way for Nigeria’s future.

“At the state level, you have the governor and the premier, and the same way, you distribute responsibilities between these people in such a manner that one cannot really go without the other. Maybe we might begin to tackle the problems.”

Police investigate death of an officer in Ekiti State