THE All Progressives Congress (APC) on Sunday claimed that Nigeria lacked a vibrant opposition that could offer “robust engagement” with the ruling party.

It said neither the Peoples Democratic Party (PDP) nor the Coalition of United Political Parties (CUPP) has effectively played the role of an opposition party.

But, the PDP disagreed, saying it remains the bastion of democracy and a credible alternative.

APC, in a statement by its National Publicity Secretary, Mallam Lanre Issa-Onilu, accused the PDP and CUPP of abandoning their roles of “keeping the ruling party on its toes”.

APC said: “As the current administration tackles our national challenges and at a period we all should focus on issues of nation-building, the best PDP and its acolytes are offering is a distraction.

“While the PDP wallows in its obscene conducts, Nigeria under the President Muhammadu Buhari-led APC administration will continue to consolidate on its status as Africa’s largest economy.

“Despite inheriting a battered economy, the administration is growing the economy after pulling it out of recession.

“The administration’s record investments in agriculture, social investments and infrastructure projects are paying off hugely.

“For one, we are now the largest rice-producing country in Africa as a direct result of conscientious efforts to diversify the economy.”

According to APC, corruption and impunity are no longer the norms.

It said: “The fight against corruption is on course. Collectively and individually, a reorientation in our national life and thinking is emerging. With the continued support of well-meaning Nigerians, we will do more for the shared prosperity, peace and progress of our dear nation.

“Democracy cannot be said to be fully operational in a situation where the supposed ‘main’ opposition party, PDP, has become a joke, irresponsible and rudderless.

“Even as the governing party, we recognise the importance of rigorous and intelligent interrogation of our policies and programmes by the opposition.

“There is a lot to gain by our democracy and our country in an atmosphere of robust engagement by responsible and patriotic opposition. The political system we practice has important roles for the political parties outside of power.”

APC said the system envisages that opposition parties would provide alternative viewpoints and put the governing party on its toes.

The party added: “Instead, the PDP and their minions have in the name of opposition continued to distract the government and Nigerians with their post-election delusions, salacious fictions, conjured rifts in government circle and of course the lowest of it all, the pathetic and senseless Jubril of Sudan malicious tale, among other fake news. Tragic!

“It is sad that PDP has finally proved incapable of filling this important democratic space. The other mushroom parties are even worse.

“Some of the smaller parties are filled with incurable charlatans issuing infantile weekly press statements on behalf of the PDP. Our democracy deserves better.

“The so-called Coalition of United Political Parties (CUPP), which could have filled the vacuum and engaged the APC administration in useful debates over governance, has become a comedy theatre group and frontline PDP minion.

“CUPP has the unenviable mandate to try to intimidate and blackmail important state institutions such as the Independent National Electoral Commission (INEC), the judiciary, and security agencies, on behalf of PDP, with the hope of gaining political advantage, having been rejected by the majority of the voters.”

But, the PDP said it was on the same page with Nigerians, and that it had always played its opposition role well.

PDP spokesman Kola Ologbondiyan, at a briefing in Abuja, said: “The PDP does not contain certificate forgers. It is not a party of people who are contrivers.

“Our political party is relating directly with the Nigerian people and we are working assiduously to make sure that democratic tenets of our nation are not only entrenched, but seen to be entrenched in our nation.

“We do not have space to respond to the gimmicks of former democrats who went around the nation and brought in a despot into a democratic order, neither do we have space to engage in verbal discussion with characters that are known to be pillaging and stealing directly from the patrimony of our nation.

“As such, we are not going to respond to the innuendos such characters are bandying. The PDP remains the bastion of democracy in our nation.

“The PDP is in the Supreme Court to ensure that the mandate which was given to our presidential candidate, Alhaji Atiku Abubakar, and which has been stolen, is restored to us.”

The PDP spokesman said the party remains a credible alternative. “The PDP has been carrying out that responsibility,” he said.

The opposition party added: “As far as APC needs to know, our nation has survived dictators. We have succeeded as a people to ensure that those who seek to rule us without our consent do not succeed.

“It is strange and unacceptable that the APC and the Buhari Presidency would, within their whimsical thinking, claim that Nigeria will become a one-party state. 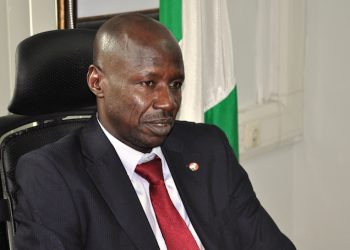