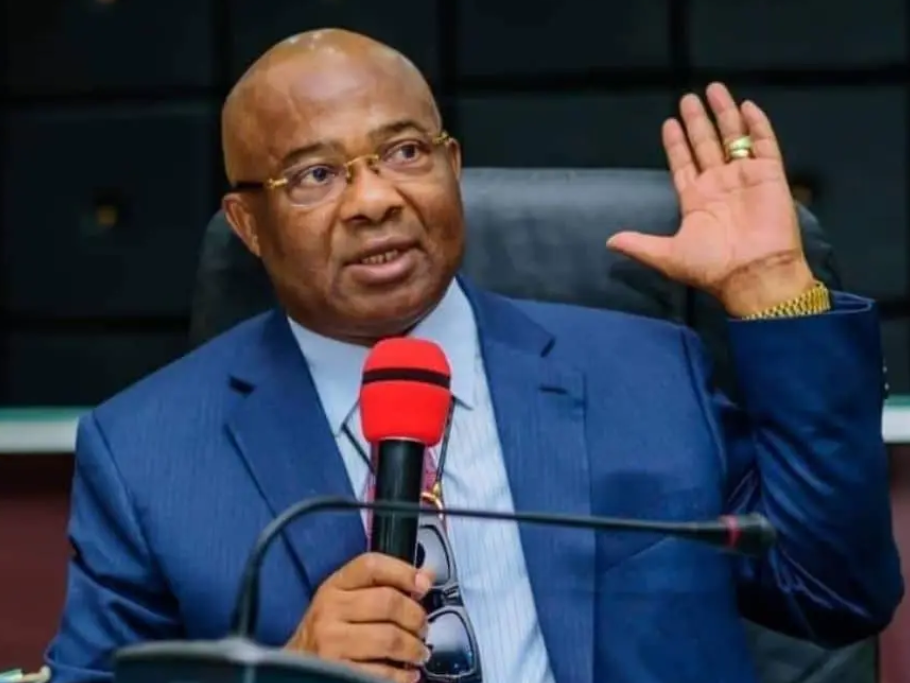 A security committee has been set up by Gov. Hope Uzodimma of Imo state ahead of a planned security conference in the state.

This was disclosed by the state Commissioner for Information and Strategy, Mr Declan Emelumba, on Wednesday during a news conference on the outcome of the state’s Executive Council meeting in Owerri.

Emelumba said the committee would be headed by the Commissioner for Homeland Security and Vigilante Affairs, Dr Ugorji Okechwukwu Ugorji.

He said the governor also set up another committee, headed by the Commissioner for Livestock Development, Mrs Obiageri Ajoku, to work out modalities for the inspection and construction of modern abattoirs in the state.

“The committee is to visit the Somachi Abattoir to examine the sanitary conditions and determine whether it was fit as a place where animals are slaughtered for public consumption,” he said.

According to him, the committee is expected to work out the needs of meat dealers and consumers, in consideration of the construction of modern abattoirs.

Emelumba also expressed the executive council’s delight over the performance of the state’s para-athletes at the recently concluded first-ever National Para-Sports Games in Abuja.

“The executive council was delighted to note that the Imo contingent for this year’s para games came sixth overall in the country and first in the South East, winning a total of 59 medals.

“His Excellency has graciously agreed to host them at a close date to appreciate them and encourage future athletes to do better.

” It is a thing of joy that they made the state and the people proud by coming tops at the competition,” he said.

Emelumba stated with delight, Gov. Uzodimma’s donation of some trailer loads of textbooks to primary, secondary and tertiary schools to help facilitate quality education in the state.

“EXCO frowned at the continued appropriation of government land and property by unscrupulous elements, conniving with agencies of government, particularly those in the ministries.

“Government warns that those doing so, are doing so at their own risk, because the process of automation of these lands are ongoing.

“Once completed, all the lands taken through forgery of Certificate of Occupancy will be recovered and those involved punished accordingly,” he added.

He said the massive road construction campaign which had recorded much progress, in spite of the raining season, had been the hallmark of the Uzodimma led-administration.

Emelumba assured the people of the state that the campaign across the state would be sustained in spite of rains, especially on MCC and Egbu roads.