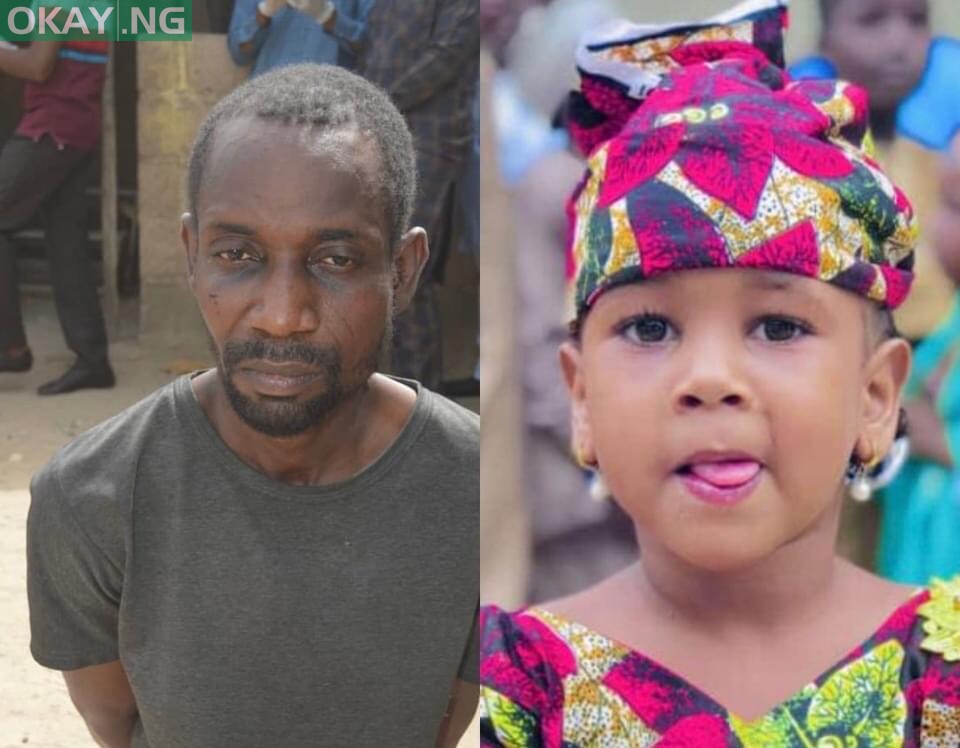 1.5k
The Police Command in Kano State has arrested a teacher Abdulmalik Mohammed, 30, and one Hashim Isyaku, 37, for allegedly kidnapping and poisoning a five-year-old girl to death.
The command’s Public Relations Officer, SP Abdullahi Haruna-Kiyawa, made the disclosure in a statement he issued on Thursday in Kano.
“In Dec. 4, 2021, at about 20:30 hours, a report was received from a resident of Dakata Quarters, Nassarawa, Kano State, that one Hanifa Abubakar, 5, was kidnapped and a ransom of N6 million was demanded,” he said.
Haruna-Kiyawa said that the CP Sama’ila Shu’aibu-Dikko, met with heads of security agencies in the state, re-strategised, and raised a team of Operation Puff Adder led by SP Shehu Dahiru to arrest the culprits.
“Sustained efforts and prolonged follow up led to the arrest of Abdulmalik Mohammed-Tanko, 30, and Hashim Isyaku, 37, all of Tudun Murtala quarters, by a detective team of the Department of State Service (DSS).
“During investigation, Mohammed-Tanko confessed that the victim, Hanifa was his student at a private school in Kwanar Dakata, Nassarawa, Kano State.
“He kidnapped her and took her to his house where he contacted her relatives and demanded a ransom of N6 million.
“On Dec. 18, 2021, having realized that the victim recognized him, he claimed to have poisoned her to death.
“He conspired with Hashim Isyaku, and buried her in a grave located at the private school premises at Kwanar ‘Yan Gana, Tudun Murtala,” he said.
He further added that Isyaku also confessed that, in November, 2021, the principal suspect and one Fatima Musa, 27, met and ordered him to kidnap the girl.
“They arranged for the kidnapping, but later rescinded the action. Fatima was also arrested in connection with the offence,” he said.
The PPRO  revealed that the suspects led a combined team of DSS operatives, police command’s medical team and Operation Puff Adder to the grave.
“The body was exhumed and taken to Mohammed Abdullahi Wase Specialists Hospital, Kano, where it was examined and later released to the relatives for burial according to Islamic rites,” he said
He said that the suspects would be charged to court upon completion of investigation.