by Femi Ajasa
in Nigeria, Trending
Reading Time: 1 min read
A A
0 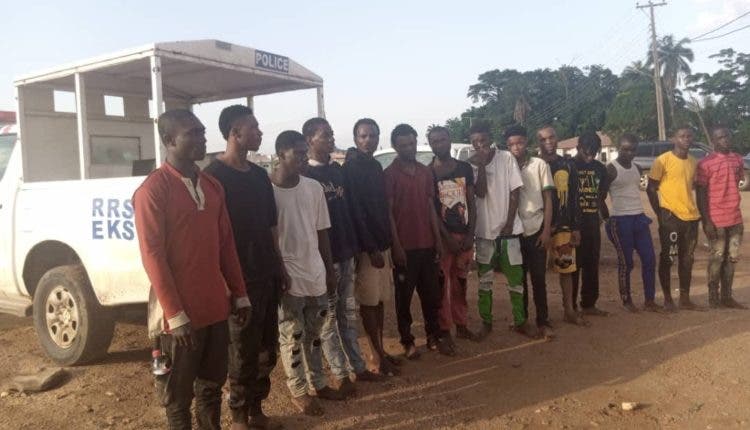 Operatives of the Rapid Respond Squad (RRS) of the Ekiti State police command have arrested a fourteen-man gang of kidnappers over the abduction of a student of the Crown Polytechnic, Ado-Ekiti.

It was gathered that the student identified as Akiode Akinyemi was kidnapped in his hostel last week Saturday around 10am and was whisked away to unknown destination.

According to the police spokesman, ASP Sunday Abutu, the abductors demanded N2.2 million as ransom from the family of the victim which he said was paid into eight different bank accounts.

He explained that the operatives of the command upon receiving the information swung into action and arrest all the fourteen suspects in connection with the crime, among which ten were students of the polytechnic.

“All the suspects arrested have confessed to the commission of the crime and stated that the two million, two hundred thousand naira (N2,200,000) collected as ransom before releasing the victim was shared among them,” the PPRO said.

Abutu who disclosed that the suspects would soon be charged to court after completion of investigation, said the Commissioner of Police, Tunde Mobayo urged residents to support the security agencies with timely and accurate information towards getting rid of criminal elements in the state.