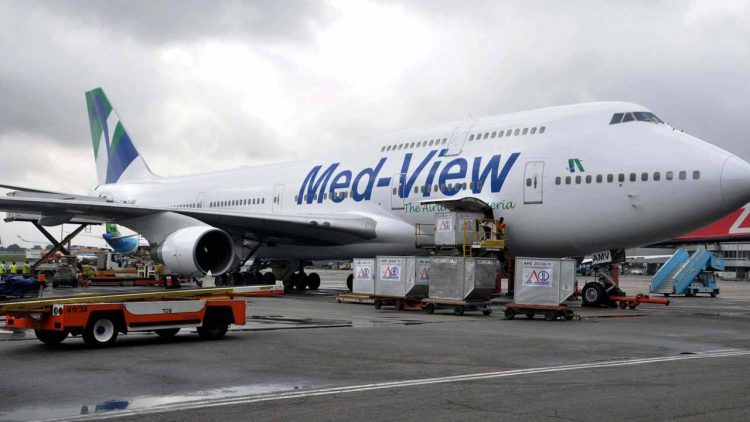 The board of Medview Airline Plc has resolved to offload two of its aircraft so as to pay part of its debts.

This decision was reached at the meeting of the board of directors held on Thursday, July 23, 2020, via a video-conferencing application called Zoom.

“There will be a board of directors’ emergency meeting of Medview Airline Plc to be held virtually by Zoom on Thursday, July 23, 2020, at 12:00 noon,” a notice signed by the company secretary, Abdullahi Adam Abdullahi & Co, had stated.

The scribe had further noted that the board will, at the gathering, deliberate on the “effect of the COVID-19 pandemic on the operations of airlines in the aviation sector and the financial status of the company, amongst other matters.”

Insecurity: Why delivery of 12 A-29 Super Tucano aircraft to Nigeria delays – U.S.

Informing the investing public of the outcome of its deliberations yesterday, Medview Airline, which is one of the firms that has failed to file its financial statements to the Nigerian Stock Exchange (NSE), said it was agreed that two of its aircraft should be sold.

According to the disclosure issued on Friday, it was said that the board resolved to sell its B737-400 5NMAA aeroplane in Estonia and the B737-400 5NMAA aircraft in Lagos.

Medview explained that the reason is to “enable the company to liquidate part of its indebtedness and inject part of the funds into its operations so as to jump-start it again after the COVID-19 pandemic total lockdown.”

In addition, the board also agreed to “return the leased aircraft engine to Aeolus, the lessor, so as to obviate the payment of additional rent; Engine number CFM56-3C1 ESN 857871.”

At the meeting too, the board approved the resignation of two directors; Mr Ayodeji Ariyo Gbeleyi and Mr Olabode Kacheef Oyedele.