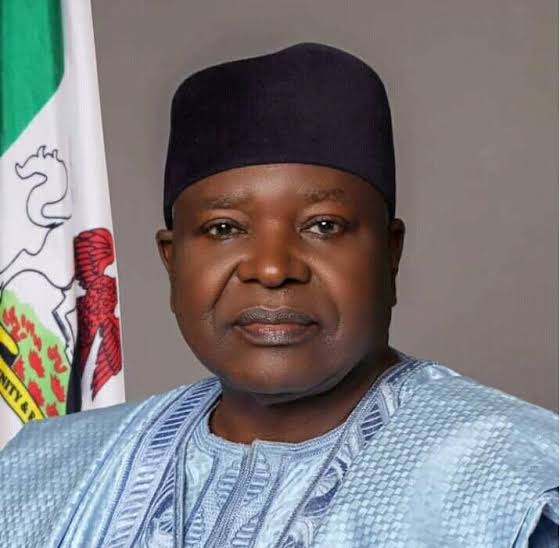 The Deputy Governor of Plateau, Prof. Sonni Tyoden, has urged the leadership of the All Progressives Congress (APC) to remain resolute and allow a level-playing ground for all the contestants in forthcoming primary elections.

Tyoden, a governorship aspirant in the APC, made the call while addressing newsmen on Wednesday in Jos.

”The leadership of our party must provide a level playing field for all aspirants. This, will provide an opportunity for all party members to be on the same page and move together.

”Democracy is all about fairness, justice and equity, and so our party must been seen promoting such ideals of democracy for the interest of all,” he said.
Tyoden also advised delegates to vote credible aspirants that would lead the party to victory at the general polls.

”I advice delegates to do the needful by voting objectively and decisively.
”They should not be carried away by material things but vote aspirants who will take the party to victory at the general elections,” he advised.

Tyoden, a one-time Vice Chancellor of the University of Jos, said he has all it takes to become the governor of the Plateau.

Thenewsguru.com reports that the APC reviewed its timetable for primary elections into various elective positions.
Malam Suleiman Argungu, the National Organising Secretary of the party, released the new timetable on May 10 with few adjustments to the original one.

With the new timetable, the primary for governorship is now May 20, while House of Assembly is May 22.

The primaries for Senate and House of Representatives are now May 24 and 25 respectively.

These changes may be connected to the ongoing amendment to section 84(8) of the Electoral Act.

Although the Senate has passed the amendment, the House of Representatives is yet to concur.

The lower chamber will consider the bill on Wednesday before it will now be transmitted to President Muhammadu Buhari for assent.

These adjustments are coming amidst call for the Independent National Electoral Commission (INEC) to extend the deadline for the conclusion of all primaries.

The country’s 18 registered political parties, through the Inter-Party Advisory Council (IPAC), on Tuesday, asked the commission to review its timetable and schedule of activities to afford member parties enough time to put their houses in order.