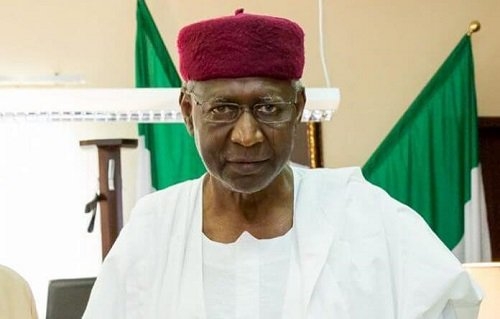 A member of the House of Representatives, Benjamin Kalu, has seriously doubted that any member of the National Assembly (NASS) would pass through the airport and refused to submit himself for COVID-19 screening.

TheNewsGuru.com (TNG) reports Kalu’s reaction is following reports of a leaked confidential memo written and addressed to the Speaker of the House, Femi Gbajabiamila by Abba Kyari, Chief of Staff to President Muhammadu Buhari.

“First I have received a lot of enquiries as regards this particular memo though we have not confirmed the authenticity of where that memo originated from as an official document. But if we look beyond that, at the content of the memo, no matter where it originated from, it is pointing to the fact that this particular virus is no respecter of persons, no respecter of any social status or political status.

“If there is particular equipment at the airport to help do screening of those who are coming into the country at the airport even if it is domestic flight, Nigerians should make use of it. There is this argument that the people that were accused or not making use of it were not members of the house, so I believe they are not members of the house because I doubt if any honourable member of the house would pass through that place without being checked because it is just one minute, two minutes, I have passed through that severally.

“But if there is anyone who went through there without submitting himself for all this al important check, then it is wrong, it is unpatriotic, it is not good for our nation because health is important if not to you, to all Nigerians you will come in contact with. So let us forget about where the message came from, let us forget where the memo originated from, the most important thing is, the content of this memo is raising the consciousness that Nigerians should submit themselves no matter who you are to the people that are doing the screening at the airport and this screening should go beyond the airport.

“Wherever there is a screening machine, if you are passing through it, it is expected that you submit yourself to be screened. There is nothing belittling there and it doesn’t waste time. So if actually it came from the presidency, I commend the writer of the memo, if it is the chief of staff, if it was the SGF, it shows that they are interested and conscious of every steps.

“He that alleges must prove to put on the members of the house we need to see the proof because there are cameras at the airport, I am sure the camera must have captured the person rejecting to be screened and this should be made public, if there is something like that. But I seriously doubt that any member would pass through the airport and refused to submit himself for screening,” Kalu stated in an interview by AIT.

When asked that some lawmakers have actually tested positive and are receiving treatments at private hospitals and have refused to open up on their health status, he said “I have not heard that one, I am not aware of that and it would be difficult to speak on what I am not aware of.

“But it would be unfair for anybody to test positive and refuse treatment, do you want to die? The death rate is only 2% which means that if you are treated you will recover from it. Why reject treatment after being positive. I don’t think any member of the house would behave in that manner, I have not heard it but since you have said it we will investigate and find out”.

WHO recommends ‘airborne precautions’ after coronavirus found to survive in air