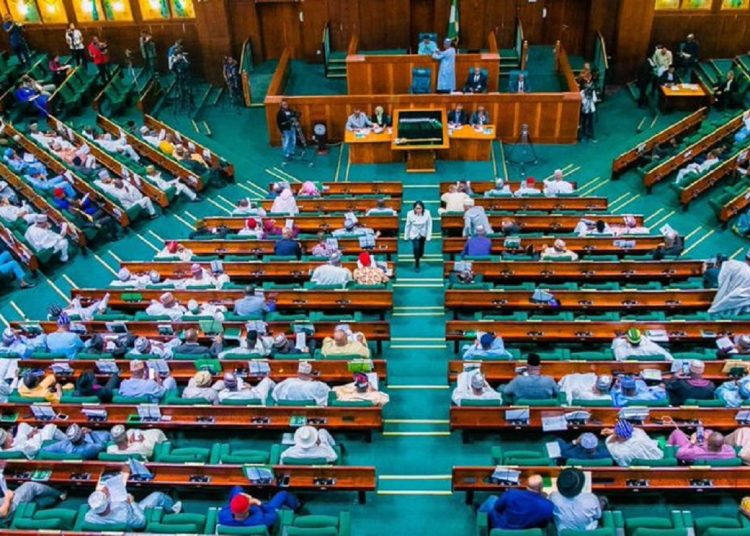 The House of Representatives Committee on Foreign Affairs at a hearing in Abuja, finally considered and adopted the 2023 budget of the Federal Ministry of Foreign Affairs.

This followed a protracted disagreement between the committee and the ministry over the need to implement sections 10 and 7 of the 2022 Appropriation Act among others.

The disagreement reached its peak when the committee rejected the 2023 budget of the ministry over alleged failure to implement relevant sections of the 2022 Appropriation Act.

New Naira notes not enough to go round – Bank operators

The committee refused to attend to budget of the ministry when the Minister of Foreign Affairs, Mr. Geoffrey Onyeama led the ministry’s management to the National Assembly on Nov. 2.

The committee maintained that the ministry must allow all Nigerian missions to abide by Section 10 of the 2022 Appropriations Act (as Amended).

The committee also said that the missions under the supervision of the ministry were spending funds without approval and recycling unspent funds without waiver from the parliament.

According to the committee, these actions are infractions on the 2022 Appropriation Act and the ministry must be correct it and furnish the committee with evidence before 2023 budget is considered.

He said that the compliance came after many meetings and letters were written to the ministry and to the mission with no positive response from the ministry.

Buba, however, said that evidence to that effect has also been sent to the secretariat of the committee saying that they were now opened to considering the budget.

He said that the only aim of the committee was to protect the laws of Nigeria and ensure the right things are done.

Documents presented at the hearing by the Minister of State for Foreign Affairs, Amb. Zubairu Dada showed that the ministry and the missions were allocated the sum of N98.11 billion for 2023 operations

Of the total amount, the sum N62.30 billion for personnel cost, N31.12 billion for overhead cost and N4.68 billion for capital expenditures.

The documents showed that in 2022, the personnel cost for the ministry and the mission was N49.22 billion with 98 per cent releases has been released to the ministry.

According to the document, the sum of N23.01 billion is for overhead of which 58 per cent of the ministry’s component has been released and the mission had received 100 per cent.

It also showed that N7.61 billion was earmarked for capital expenditures and both the ministry and the missions have received 50 per cent each in releases.

The minister commended the committee for its continued support to the ministry and their willingness to prioritise issues concerning the ministry.

Dada said that the achievements of the ministry would not have been possible without the support of tor committee.