Abu Sanni, a self-confessed bandit kingpin, says insecurity has become a business everyone benefits from.

by Emman Ovuakporie
in Nigeria
Reading Time: 4 mins read
A A
0 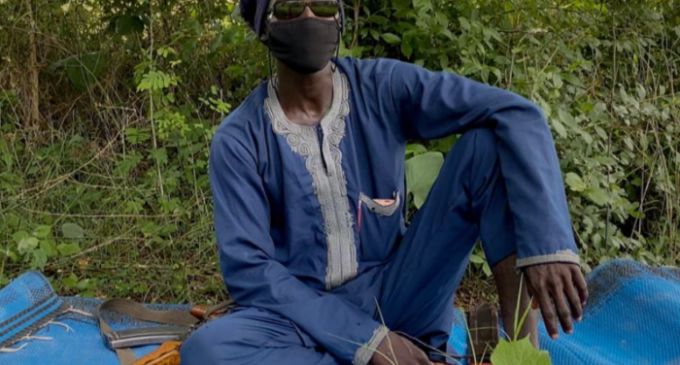 Abu Sanni, a self-confessed bandit kingpin, says insecurity has become a business everyone benefits from.

Sanni — who says he helped mastermind the abduction of students of Government Girls Secondary School Jangebe, Zamfara — was interviewed by BBC Africa Eye in a forest in Zamfara.

The 50-minute documentary titled ‘The Bandit warlords of Zamfara’ was undertaken by Yusuf Anka, a journalist who crisscrossed remote bandit enclaves in the state.

Zamfara is one of the worst-hit states by banditry. According to a report by TheCable Index, the state topped the list of reported killings in 2021, with 703 persons reported to have died as a result of insecurity.

The BBC documentary sheds light on the mindset of bandit leaders, the booming nature of the kidnap-for-ransom business — and how insecurity in Zamfara may have been triggered by ethnic conflict between Hausa and Fulani groups.

‘WHY WE KIDNAPPED JANGEBE SCHOOLGIRLS’

On February 27 2021, Nigerians woke up to the heart-rending news that bandits had invaded Jangebe in Talata-Mafara LGA of Zamfara and kidnapped 279 schoolchildren. Some weeks later, they were released by their captors.

“When the rainy season ended, they sent the military after us. We decided to show the government they should not interfere in our problems. We went to Jangebe and took the students. We wanted to get the government angry,” he said.

“We demanded N300 million but after negotiations, N60 million was paid for their release.”

The self-confessed bandit kingpin said insecurity has become a lucrative business, adding that everyone, including the government, is benefitting from the violent attacks.

“Because it has become a business. Everyone wants money. That is why things are deteriorating, from the top to the bottom,” he added.

“They say when there is insecurity, the government gets money. Everyone is benefitting. We also get money. Though for our money, blood is split, so it continues.”

Ado Aleru, a suspected bandit leader recently turbaned as Sarkin Fulani in Zamfara, was also featured in the documentary. Aleru was given a chieftaincy title despite being on the police’s wanted list since 2019.

The chieftaincy title sparked sharp criticism – a development which prompted Bello Matawalle, governor of Zamfara, to suspend the emir who awarded the title to Aleru.

Speaking in the documentary, Aleru said his gang invades villages as a form of protest against the government.

“We only protest with guns. We know no journalists. We don’t know where to protest. Our protest is to take up arms and storm villages,” he said.

The bandit kingpin said he does not kidnap people, adding that he only kills those who have been kidnapped by his gang members.

“I have never kidnapped anyone myself. My men do that. I only go and kill them,” he said, noting that he has lost count of the number of people he has killed.

One of Aleru’s allies who was not named said the bandits resorted to violence due to the alleged marginalisation of the Fulani.

“Tell me, where can we rear our animals? In your investigation, are the cattle routes still there? In the rainy season, you have to carry the cows on your head,” he told the reporter.

“You must walk on roads or take them on rocky paths where they fall and die. Even in the forest, warplanes chase us and kill our animals.

“How have the Fulani become so worthless in Nigeria? There is no veterinary hospital. We have nowhere for them(the cattle) to drink.

“I swear, if 1,000 Hausas sit for an exam alongside a single Fulani man, they will pass all the Hausas and fail the Fulani man.”

Hassan Dantawaye, identified as one of the first bandit warlords to import AK-47 rifles to Zamfara, said the alleged injustice against Fulani triggered retaliatory attacks against the Hausa in the state.

Dantawaye, a former beneficiary of an amnesty programme, said: “Everyone, the Fulani and the Hausa, have done something wrong. For the Fulani, retaliation is their major problem. While the Hausa don’t investigate who is guilty or innocent.

“We have policemen, soldiers, governors, chairmen, even councillors, no one is stopping this situation.

“It is only when we launch an attack, they will say we (referring to Fulani people) are wrong because they don’t see what is done to us.”

A few months after he spoke with the BBC, Dantawaye’s house was burnt down — an incident that made him pick up arms again.

He alleged that soldiers supporting the Hausa were responsible for the attack on his residence, adding that the conflict is a “tribal war”.

“This was done by soldiers, not vigilantes,” he said.

“How can [there be] peace with these transgressions? There is one thing with us whenever we are called for dialogue, we honour it but later our opinions are disregarded.

“In the whole world, nobody cares about our concerns. What is done to us is not fair and must stop.”

Asked if the violent attacks are fueled by a tribal war between Hausa and Fulani, he responded affirmatively.

“Of course. If not, how can someone pass other settlements but burn down the Fulani ones? It is obvious, it is tribal. Why would a Fulani kill an innocent Hausa? Clearly, it is a tribal conflict,” he said. 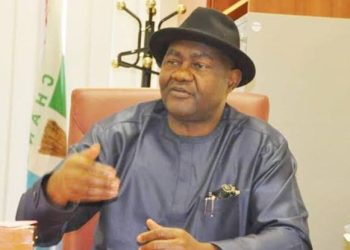 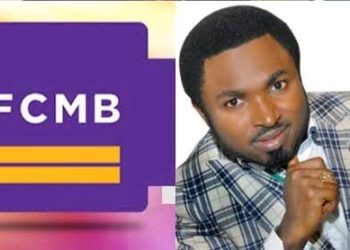