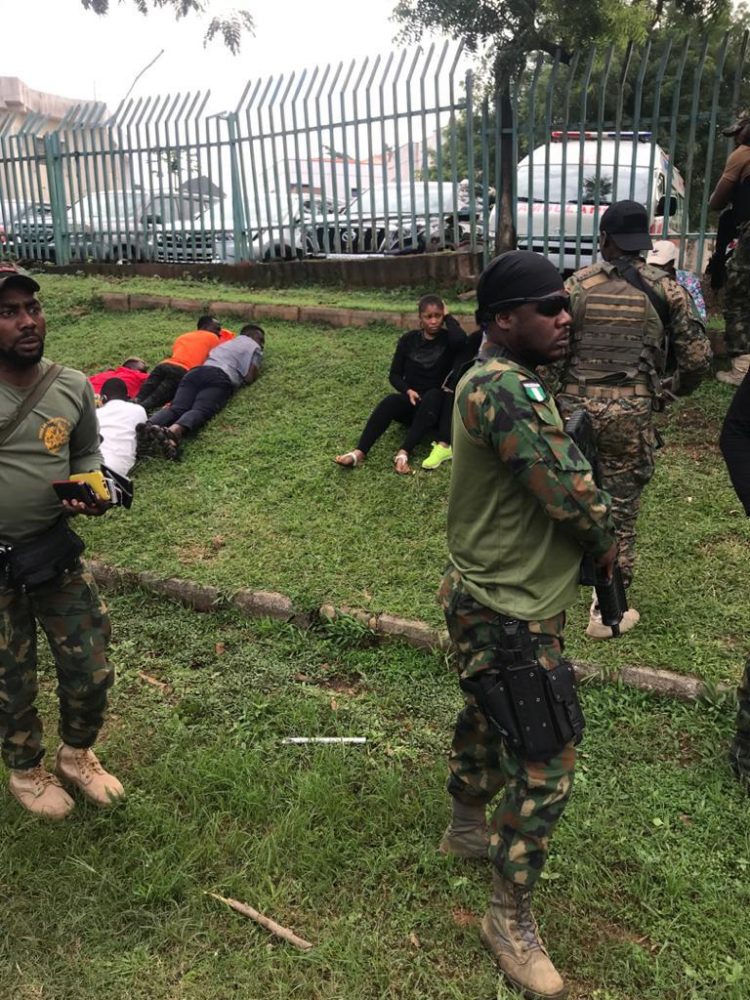 Pro-democracy and Human rights group, Concerned Nigerians have condemned the arrest, harassment and dehumanization of #RevolutionNow protesters in Abuja and other parts of the country.

The group in a press statement by its spokesperson, Agada Abu Theophilus, condemned the high-handedness and unprofessional handling of protesters by security forces.

“We condemn in its entirety, the arrest and harassment of Revolution Now Protesters in Abuja and other parts of Nigeria. We are worried that our rights as citizens of Nigeria to freely assemble and protest against maladministration, bad governance and insecurity in the country is no longer guaranteed.”

“At a time where Democracy is being entrenched and strengthened all over the world, Nigeria is sliding back into the dark days of military regime where citizens are being hounded and afraid to ask salient questions as to how they should be governed.”

“Nigeria has become a nation where bandits who have killed thousands of citizens are being rehabilitated and reintegrated into the society with so many privileges while those asking questions and demanding good governance are being treated like common criminals.”

“Protests are a catalyst for social change, and are essential for citizen participation in a democratic state. Freedom to protest gives individuals and groups to share their views and interests, express dissent, and make demands of government.”

“The Revolution Now group is advocating for an Economic freedom for all, an end to incessant killings in the country, equal opportunity for every Nigerian, free education for all, Living wage and an end to impunity by people in government. These demands are not out of place and shouldn’t be seen as treasonable felony or act of terrorism.”

“The Nigerian government must understand that there’s no other way to describe an act of terrorism than the weaponization of poverty by the ruling class. The Security agents that are being used to hound innocent Nigerians should know that the economic freedom and equal opportunity that Revolution Now group are demanding for, is for the good of all and they are not immune from the systemic failure that the group wants an end to”.

“Finally, it’s never too late for the Nigerian government to stop its disdain for rule of law and their gross disrespect for the rights of citizens to freely assemble and express themselves”.