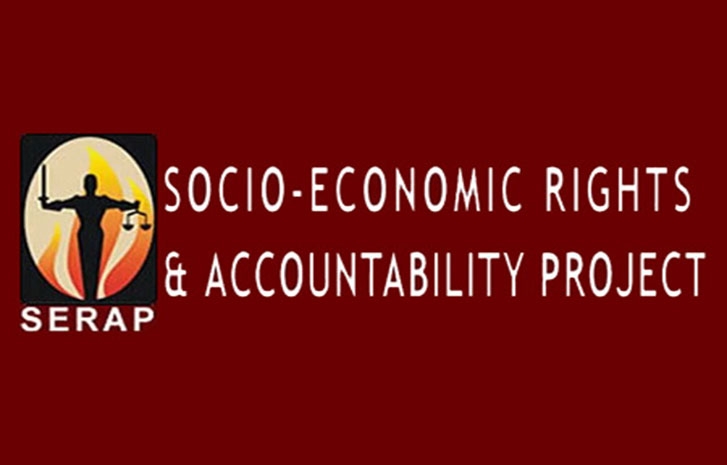 Socio-Economic Rights and Accountability Project, (SERAP) has issued a 14-day ultimatum to Abuja Municipal Area Council (AMAC) to withdraw and revoke the bill for the unconstitutional payment of life pensions to ex-officials.

In a letter to AMAC chairman, Mr Abdullahi  Candido, signed by its Deputy Director, Mr Kolawole Oluwadare, SERAP said the bill for payment of life pensions to chairmen, vice-chairmen, speakers and other officials of AMAC was illegal.

“If the bill/edict is not withdrawn within 14 days of the receipt and/or publication of this letter, we will take all appropriate legal actions to challenge the illegality and to compel you to comply with our request.’’

SERAP alleged that under the bill/edict, AMAC’s past council chairmen would receive an annual pension of N500,000; former vice chairmen were to receive N300,000  while former speakers would be paid N200,000.”

“The payment of life pensions to the council’s ex-chairmen, vice-chairmen and speakers would cause massive financial crisis.

“It will also cripple the council’s ability to discharge its mandate of providing public goods and services to the people of Abuja.

“In addition, it will put jeopardy in citizens’ access to those services.’’

According to SERAP, the payment of life pensions to AMAC’s officials undermines the very concept of representative government.

It said that paying life pensions was a flagrant violation of the 1999 Constitution and the Revenue Mobilisation, Allocation and Fiscal Commission Act.

“It amounts to an abuse of official power, position and resources for personal gains, and reverses the notion of government as public’s servant and not its master.’’

The letter reads in part: “The payment of life pensions to AMAC’s former officials is a copycat of the unconstitutional and illegal life pension laws that have been passed by several of the 36 state governments in Nigeria.

“Your council is setting a bad precedent as the first local council in Nigeria to introduce life pensions for its officials.

“This will send a dangerous message to other councils and risks opening the floodgates of life pension bills/edicts in several of the 774 local governments across the country.’’