The Nigerian Police on Thursday closed its case in the ongoing trial of a senator, Elisha Abbo, who was caught on camera assaulting a woman in Abuja.

The senator, who represents Adamawa North senatorial district, was arraigned at the Magistrate Court in Zuba, Abuja, after a video which showed him physically assaulting a lady, went viral.

Calls for Mr Abbo to be arrested and prosecuted intensified following this newspaper’s publication of the video.

Mr Abbo’s trial began on July 8 at the court where he was granted bail with a bond of N5 million.

The senator is facing a charge on two counts of criminal assault.

At the resumed hearing of the matter on Thursday, the police lawyer, James Idachaba, told the court, that he is closing his case against the defendant after calling two witnesses.

The two witnesses the police brought are the nominal complainant, Anyata Warmate and Mary Daniel, an assistant superintendent with the Nigerian Police, who investigated the case.

Responding, Mr Abbo’s lawyer, Isaac Adeniyi, said the police has not been able to establish a prima facie case against Mr Abbo.

After that, Mr Adeniyi, asked for an adjournment to enable them file a no-case submission in the matter.

In a short ruling, the Chief Magistrate, Abdullahi Ilelah, adjourned the matter to March 12, for the adoption of a no-case submission that would be filed by the senator. 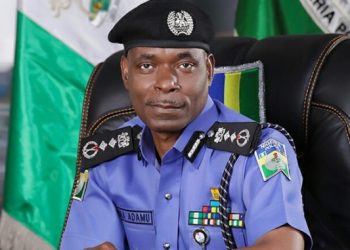