by Olaotan Falade
in Business News, Nigeria
42 0
0
17
SHARES
424
VIEWS
Share on WhatsAppShare on FacebookShare on TwitterShare on LinkedInShare on TelegramSend as Email

Four gas generating companies have shut down production as a result of their failure to pay debts owed two producing companies: Shell Petroleum Development Company and Total and inability to access fresh loans for gas.

Consequent upon the liquidity issue that has exposed the GenCos to over N1trillion shortfall some of the electricity Generating Companies (GenCos) have resulted to securing credit facilities from commercial banks to sustain their production.

The Executive Secretary, Association of Power Generation Companies (APGC), Barrister Joy Ogaji, who disclosed this to our Abuja correspondent on phone, said the power plants shutdown production due to lack of access or plans to take loans.

Asked to mention the four power generating firms that have stopped production, she declined stressing the companies would not want their names mentioned because of the political season.

She said: “Some of the GenCos that can access loans have resorted to taking loans to buy gas. Others that don’t have access to such loans are shutting down.

“From what we get it is about four plants. Some of them don’t want their names mentioned. You know it is political season now.”

According to Minister of Power Works and Housing, Babatunde Fashola, the sector generates 7000mw as a result of the N701billion Power Assurance Guarantee.

But Ogaji had on Monday raised the alarm over the liquidity challenges facing the electricity generation companies otherwise known as Gencos, saying that their current shortfall has exceeded N1trillion.

Speaking with The Nation on phone, she noted the N701billion Power Assurance Guarantee, which the Federal Executive Council approved for the companies in the first quarter of 2017, has been exhausted.

According to her, there was a high hope that the Federal Government would make the electricity distribution companies (DisCos) pay at least 80 percent of their invoices which has not materialized.

She said: “The major problem that the generation companies are facing now is that of liquidity. The N701 billion is over.

“The government has not succeeded in making the DisCos to pay at least 80% of their invoices.

“The N701billion got finished in December. We don’t know how the Gencos will survive.”

Insisting the major problem confronting the companies is liquidity and not gas supply, she noted the GenCos have not exhausted their present allocation of gas to power.

The inability to pay for the gas, according to her, is responsible for the low utilization of gas.

Continuing, she said: “We have neither been able to pay for gas nor provide the guarantee.”

The Executive Secretary, who was asked how the increase in the fine or penalty for gas flaring has affected the supply of gas for power, described the regulation as a welcome development, which does not in any way make any difference in the gas to power. 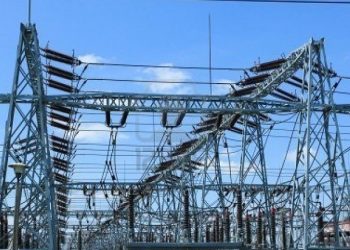 GenCos Lose N1.9bn in One Day to Gas Shortage, Others