The Kaduna Police Command has confirmed the killing of six persons at Fadaman Rimi hamlet, a remote settlement in Chukun Local Government Area of the state.

The incident, police said, happened Saturday when the suspected bandits attacked the community around 7 a.m.

The victims’ names according to the release include, Saminu, Wosha, Isiya, Titus, Madami and Tanko, all resident in the same village.

He also added the armed bandits “succeeded in rustling some unknown number of cattle”.

Below is the reproduced statement.

Today 14/9/19 at about 0700hrs, the Command received an information that, some suspected Armed Bandits attacked Fadaman Rimi hamlet, a remote settlement from Udawa village in Chukun L G A, shot and killed persons namely Saminu, Wosha, Isiya, Titus, Madami and Tanko (surnames not yet ascertained) all of the same Village while, one Ikoniya sustained gunsot injury. 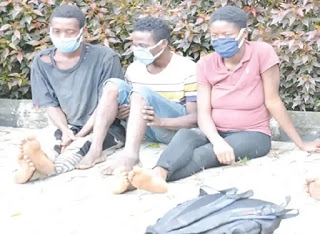