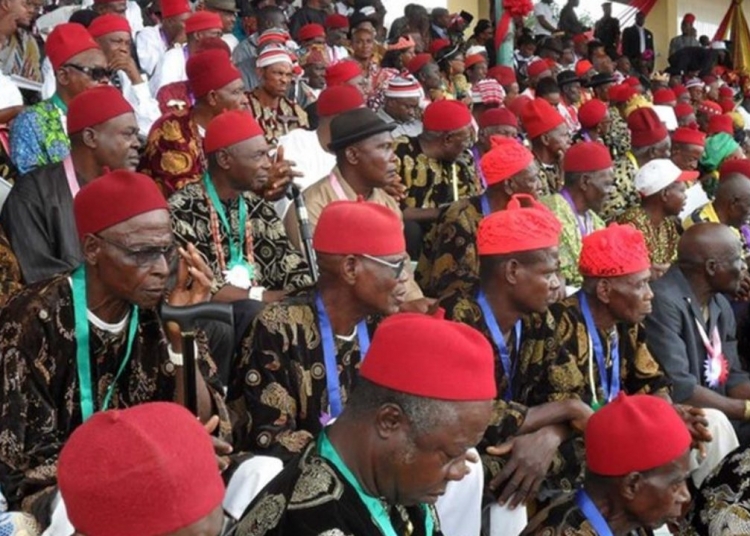 The South East Council of Traditional Rulers and Christian leaders, on Sunday, appealed to the Federal Government to release the leader of the Indigenous People of Biafra, Mazi Nnamdi Kanu to them and also stop the killings and destruction in the zone.

Kanu has been in the detention facility of the Nigerian secret police since June and this has provoked a series of unrest in some parts of the South-East. Moreso, his detention has berthed every Monday sit-at-home protest in parts of the region.

A joint statement by the South East Council of Traditional Rulers and the representatives of Igbo Archbishops and Bishops demanded that the Federal Government immediately de-militarization the region, which has stemmed in the killing of Igbo youths and burning of communities by soldiers.

They stated that the heightened inequality and marginalisation of Ndigbo in the scheme of things in Nigeria under the regime of President, Muhammadu Buhari remain at the core of youths restiveness in the region.

However, they warned that until the Federal Government takes deliberate steps to run the government based on fairness, equity, justice and non-discrimination, “this restiveness is likely to continue.”

The statement read in part: “Flowing from similar initiatives taken to bring peace to other troubled parts of the country, we urge the Federal Government and other stakeholders to explore dialogue and negotiation in resolving critical issues that threaten national unity, cohesion and development.

“Accordingly, we refer to our earlier request for the release of Mazi Nnamdi Kanu to the South East Council of Traditional Rulers and the Representatives of Igbo Archbishops and Bishops and restate this call even more strongly. We are of the firm belief that this act of courage and statesmanship is not only imperative but will speedily de-escalate the heightened state of insecurity and dislocation in the South East Zone.

“We also urge President Buhari and the Federal Government to take immediate steps to de-proscribe the Indigenous People of Biafra and release all IPOB members being held in various detention facilities in Nigeria.

“We call on the Federal Government to take urgent steps to demilitarize the South East Zone, more so as it has become apparent that a continued military siege on the region can only lead to heightened tension, skirmishes and endless bloodletting between the security agencies and our youths. It has become urgent, imperative and compelling to de-emphasize the military option and move towards finding a political solution that will lead to sustainable peace.”

The leadership of Traditional and Christians said that they would seek an audience with the President to discuss these issues in exploring political solutions and the release of Kanu while assuring the youths that they have heard their cries of marginalisation, injustice and long-suffering.

“As concerned parents, we feel your pain. However, we urge you to de-escalate the tension and remain law-abiding to enable us to engage especially the Federal Government in finding a lasting solution to the crises.”

On the Anambra governorship election, the leaders urged IPOB not to do anything that would hinder or be seen to be hindering the smooth running of the poll and pleaded that all scheduled sit-at-home orders should be cancelled, as these have already caused untold hardship for our people.