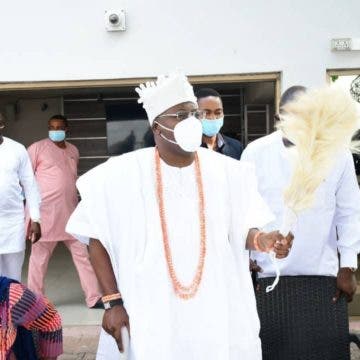 The Oniru of Iru Kingdom in Lagos State, Oba Abdulwasiu Omogbolahan Lawal, has described the present state of marine litters, including plastic refuse disposal, in the coastal community as a huge embarrassment.

The traditional ruler, who made these remarks in Lagos, on Friday, at the launch of the ‘Lagos Coastal Plastic Search’ exercise, stated that  the coastal landscape was becoming increasingly vulnerable whenever it rained,  since  its environment, including gutters, drainage channels, dams, beaches and waterways were always overtaken  by marine litters.

Describing the development as capable of discouraging tourism  in the community, Oba Lawal added that such recurrent incidents had  also continued to affect the community’s recreational value, while also reducing its attractions to residents and visitors, alike.

stressing the need for  residents to live a climate-friendly lifestyle, Oba Lawal noted that significant resources being deployed to clean up and decongest the environments were avoidable and  could  be put to better use.

“To clean up our waterfront, I believe that the current state of unrestrained marine litter and plastic refuse disposal to the environment is unacceptable.

“Whenever it rains, albeit slightly heavily, the coastal landscape – to include gutters, drainage channels, dams, beaches and waterways – become overtaken by marine litter that is not just restrictive to our daily use but out-rightly embarrassing and discouraging for tourists.

“In addition, the resources channeled to clean up and decongest is becoming significant – and all these are avoidable, if we all lived climate-friend lifestyles in the first place.

“Most importantly, these affect significantly, life under water because the quality of fisheries and aquaculture is also diminished,” he said.

While commending the organisers of the Lagos Coastal Search Plastic Search initiative for their efforts at cleaning up the environments, the Oniru explained that such initiative had become imperative in order to preserve life under water and ensure sustainable living.

He expressed the belief that the  proactive climate leadership, being provided by the Lagos State government as well as the activities of other groups involved in the exercise would go a long way in ensuring beneficial outcomes, both for the environment and for the people  who reside and work in such coastal areas.