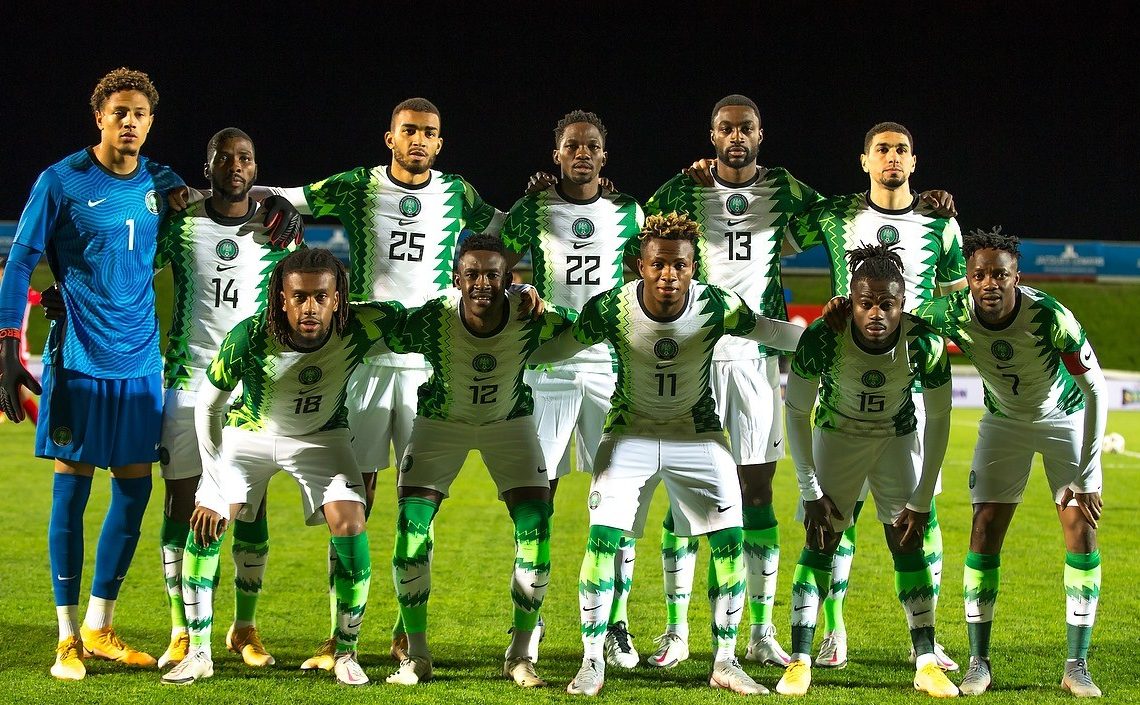 The Super Eagles returned to Nigeria from the ongoing 2021 Africa Cup of Nations (AFCON) in Cameroon on Tuesday.

Newsmen reports that the team of players and officials returned via a chartered flight from Garoua where they played four matches.

They arrived at 1.10 a.m. at the Nnamdi Azikiwe International Airport in Abuja, where they were received by officials of the Nigeria Football Federation (NFF).

A large chunk of the players and officials came down from the aircraft, alongside a large number which comprised members of the Supporters Clubs and media personnel.

The aircraft later headed to Lagos, where it dropped off the few remaining players and officials, while the rest headed to the Transcorp Hilton where they were to be lodged.

Sanusi welcomed the players and praised them for their efforts in Cameroon, saying it was now time to look ahead to the task of qualifying for the 2022 FIFA World Cup in Qatar.

”You have tried your best. It was just unfortunate that you failed to reach the final. But, right now, what is left is the unfinished business of qualification for Qatar 2022.

” We should put behind us 2021 AFCON, and start preparing for the final qualifiers,” he said.

The team captain, Ahmed Musa, later told NAN that the team had put behind it the disappointment of failing to reach its target at the 2021 AFCON.

”We are now looking forward to the World Cup qualifiers against Ghana’s Black Stars in March. But right now it is back to club business for us,” he said.

NAN reports that the Super Eagles, after three wins in the competition’s first round which earned the tag of favourites, could not go beyond the second round.

They lost 0-1 to Tunisia in a match which saw them being reduced to 10 men just after the hour mark.

The players are expected to return to their respective clubs abroad in the next one or two days.