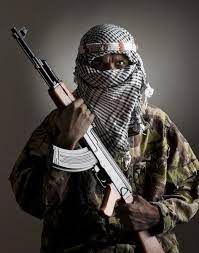 No fewer than  15 persons were reportedly killed when bandits open fire at worshipers on Friday, during Jummah service in the North West of Zamfara State.

It was gathered that the incident occurred in Ruwan Jema town in Bukkuyum Local Government Area of Zamfara, when the Muslim worshippers were praying.

According to an eyewitness, the terrorists rode on Motorcycles and came in droves to the mosque, opening fire on the worshippers who came to observe the jummah service.

The source said, “The terrorists, who rode on motorcycles invaded the mosque and opened fire on worshippers, leading to the death of 15 persons on the spot, while many other victims sustained various degrees of injuries.”

Recall that the Military has launched a massive bombardment of terrorists’ bases and hideouts in the state.

As at when filing the report, the police in Zamfara state is yet to confirm the report.

Ooni's new wife, Mariam steps out with hubby for the first time at Olojo festival