Thousands of migrants dead in 2019, globally

by Olaotan Falade
in Nigeria, World
0
17
SHARES
426
VIEWS
Share on WhatsAppShare on FacebookShare on TwitterShare on LinkedInShare on TelegramSend as Email

At least 2,479 people have lost their lives globally in an attempt to reach different parts of Europe and North America through irregular migration routes, according to the Missing Migrants Project of the IOM.

The deaths were recorded across six regions of the world between 1 January and 15 October 2019.

With a total of 1,073 deaths, the Mediterranean Sea tops the list of routes where thousands of migrants have lost their lives this year, making it the deadliest irregular migration route. Since 2014, almost 20,000 Europe-bound migrants who are fleeing war or poverty in Sub-Saharan and Asian countries have lost their lives on the Mediterranean sea.

The data set by the UN agency revealed that 613 migrant deaths were recorded in the Americas and 612 deaths in various parts of Africa. While the Middle East recorded 93 deaths, Europe accounted for 54 deaths and Asia recorded 34 deaths in the period under review.

Africans make up the highest number of dead migrants at 860. The data presented that the origin of 821 deaths was unknown while 579 deaths are amongst Americans, with Asia, Europe and the Middle accounting for 91, 71 and 56 deaths respectively.

“These deaths are alarming and show that irregular migration is ever deadly and dangerous, said Tayo Elegbede, Media Officer for The Migrant Project.

According to him, migration realities are changing hence the need for informed decision and thoughtful consideration before embarking on any journey.

“Everyday, migration realities are changing. There are stringent migration policies and border control activities in North America; thousands of irregular migrants are not eligible for asylum in Europe and deported annually. In Libya, many stranded migrants are in detention and degrading human conditions; hence, making migration decision should be based on accurate information from trusted sources.

“In the last six years, there has been a trend in migrants death. More than 1,000 deaths are recorded on the Mediterranean sea annually. Almost 20,000 people have lost their lives on the mediterranean sea since 2014, and many of them are our brothers and sisters,” he said.

Highlighting the dangers of irregular migration, Elegbede said most migrants usually end up in worse financial and psychological conditions than they were before embarking on the journey, and many die in the attempt to reach their destination.

He explained that having requisite information on the realities and risks of irregular migration would help in making better decisions and recognising and avoiding the activities of smugglers and human traffickers. He urged young Nigerians who are prone to becoming potential irregular migrants to acquire skills that will position them for better livelihood and migration opportunities and reduce the body count on irregular migration routes. 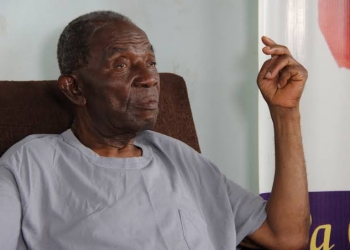 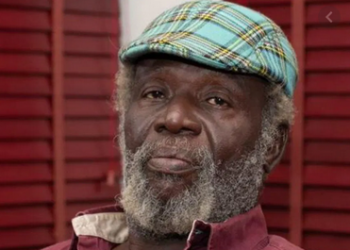