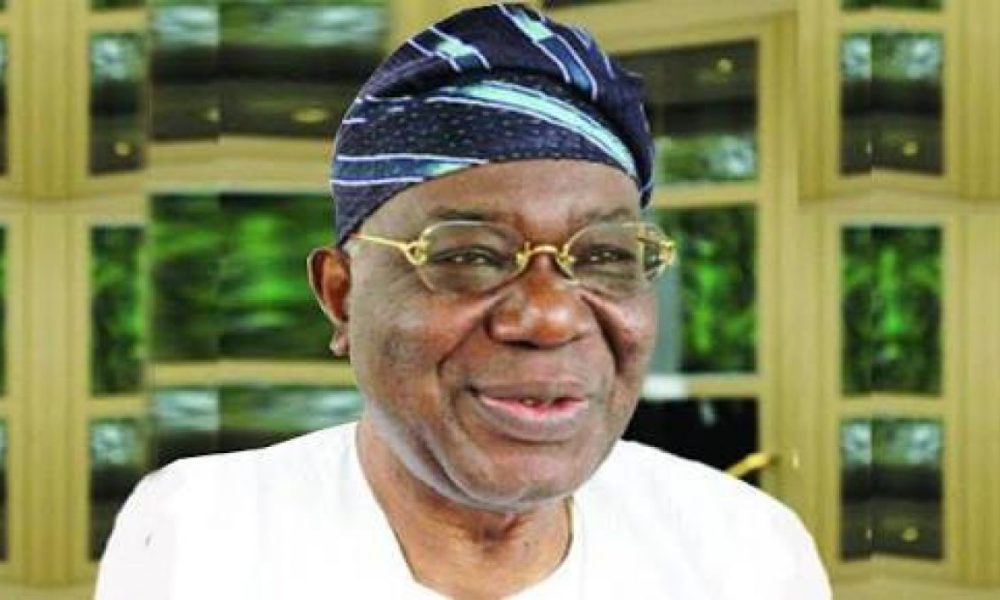 Security was tightened on Thursday at the Lagos residence of the late Chief Ernest Shonekan, the former Head of defunct Interim National Government (ING).

Newsmen reports that this followed rumour that President Muhammadu Buhari will pay a condolence visit to late Shonekan’s family.

A  correspondent monitoring condolence visits at the residence observed heavy presence of security operatives – police and military –  who had taken positions in and around the premises.

No fewer than 10 patrol vans of police and military police as well as two Armoured Personnel Carriers were stationed around the residence at Ikoyi in Lagos.

Human and vehicular movements had been restricted in the area, while sympathisers were being politely turned back.

One of the security operatives told NAN that there was no clearance for journalists to come to the residence.

It would be recalled that newsmen had not been allowed into the premises of the late head of ING since his death on Tuesday.

Shonekan died in Lagos at the age of 85.

The ING was constituted when he stepped aside in August 1993 by Babangida in the aftermath of the annulment of the June 12, 1993, presidential election.

Shonekan’s ING was later overthrown by the late Gen. Sani Abacha, who was the Defence Secretary in the Shonekan-led ING.

Prior to his brief political career, Shonekan was the chairman and Chief Executive of the United African Company

OPINION: The sad story of how the Nigerian music industry works