The chairman of the Code of Conduct Tribunal, Danladi Umar on Monday insisted that the suspended Chief Justice of Nigeria (CJN) Walter Onnoghen must appear in person before the tribunal before further businesses could be conducted in the case pending against him.

Umar gave the directive at the resumption of proceedings in the case involving the CJN, shortly before agreeing to the request by parties for adjournment till February 13.

He said: “Under the Administration of Criminal Justice Act (ACJA), a defendant, who is served with a charge and represented by lawyers, must take his plea before raising any objection.

“The defendant has continued to stay away from this tribunal. I am going to grant this adjournment at the instance of the prosecution and defence, but must state that the defendant must attend court at the next adjourned date so that all the issues would be resolved in his presence.”

The CJN is accused of violating the code of conduct for public officers by allegedly failing to declare some of his assets.

At the commencement of yesterday’s proceedings, an official of the tribunal noted that the defendant was absent.

Lead prosecuting lawyer Aliyu Umar (SAN) said the case was adjourned till February 4 for the arraignment of the defendant and the hearing of pending applications.

But the lead defence lawyer, Adegboyega Awomolo (SAN), said he had a discussion with the prosecutor to allow his application for adjournment in view of some recent developments in the case.

Awomolo said: “We filed a process this morning, indicating that the Minister of Justice & Attorney-General of the Federation (AGF) forwarded a petition to the National Judicial Council (NJC). It is the same petition that was forwarded to the Code of Conduct Bureau (CCB) that founded the complaint before this tribunal.”

He added that the NJC has, in the exercise of its powers, forwarded the petition to the suspended CJN for his comment within seven days.

The senior advocate noted that the seven days given Justice Onnoghen to respond to the petition will lapse tomorrow.

Awomolo expressed optimism that the NJC will meet shortly after receiving Justice Onnoghen’s response and take a position on the issue.

He added:  ”Our application is that the proceedings be further adjourned to prevent the defendant from suffering double jeopardy. Parties are ready to argue the pending applications, but in the interest of justice and due process, we seek an adjournment to enable the NJC take a decision.

“No harm will be done to the res (subject). The integrity of this tribunal will be enhanced if this application is granted and the NJC will be afforded time to take a decision in this matter.”

Umar admitted engaging in discussion with Awomolo before the tribunal commenced sitting.

The CCT chair said he was not opposing an application for adjournment, but that his decision to agree to the request for adjournment was not because the AGF forwarded the petition to the NJC.

The prosecution lawyer hinted about the possibility of the charge being withdrawn by the AGF, in the exercise of his power. He said it was within the discretion and power of the AGF to discontinue the proceedings.

Umar noted that the defendant was not in court. He said: “If, on the next adjourned date the defendant is not here, I may be compelled to exercise the power conferred on me by making the necessary application.”

At the conclusion of Umar’s submission, Awomolo stood up to further address the tribunal. He barely spoke when Umar interjected and said the tribunal was not ready to further entertain any submission, but that it will proceed to hear pending applications.

The CCT chair said by his conduct, Awomolo was encouraging delay in court proceedings, an observation the lead defence lawyer objected to.

Awomolo said the tribunal chairman was not fair to him by accusing him of encouraging delay. Awomolo was yet to conclude his statement when Umar asked him to sit down.

Again, Awomolo said it was wrong for the tribunal’s chairman to address him that way, arguing that the practice was the exchange of mutual respect between the Bench and the Bar.

Awomolo said he had been at the Bar for about 42 years. He added: “I respect you as the chairman of the tribunal; you have to respect me too. You cannot order me to sit down.”

The tribunal’s chairman ignored his protest and maintained his position that pending applications be heard.

Umar said: “Whether you take exception or not, the fact remains that you must move your application. Do you think we are here to play? We mean business here.”

The pronouncement by the tribunal chairman angered Awomolo, who noted that it was wrong for the tribunal to seek to compel parties to proceed with their case even when they have agreed to an adjournment.

At that point, temper rose, as the tribunal’s chairman and Awomolo stuck to their positions. The prosecuting lawyer intervened to prevent a further degeneration of the situation.

Umar (the prosecuting lawyer) stood up and sought a brief stand down for tempers to simmer, a request the tribunal acceded to.

At the resumption of proceedings about 30 minutes later, Awomolo apologised to the tribunal for the rise in temper and the altercation experienced earlier.

The lead prosecuting lawyer (Umar) also apologised on behalf of the Bar. He said the altercation was unnecessary.

The second member of the tribunal, William Agwadza Atedze, called for the understanding of all and advised that parties in the case exercise patience.

In his intervention, the CCT chair said he was ready to grant the adjournment agreed to by both the prosecution and defence, but that the defendant must be present on the next adjourned date.

He said: “By the provision of the Administration of Criminal Justice Act (ACJA), it was wrong for a defendant to raise an objection without first pleading to the charge.”

The Court of Appeal in Abuja yesterday fixed February 12 for the hearing of three appeals filed by Justice Onnoghen in relation to the case before the CCT.

The appellate court chose the date upon request by lawyers to the suspended CJN.

The appeals are challenging the January 14 ruling of the tribunal electing to hear the applications pending before it; its ruling, refusing to be bound by the order of the Federal High Court and the National Industrial Court; and the ex-parte order on which President Muhammadu Buhari acted in suspending Justice Onnoghen. 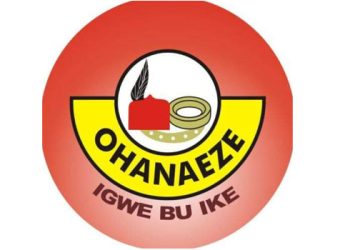 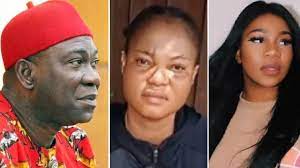 Buratai: A study in warfare