The Nigerian Army says its troops have cleared Boko Haram terrorists’ hideouts and rescued five captives including an octogenarian, three women and a minor across Borno state in the past few days.

The Nigerian Army Operations Media Coordinator, Col. Aminu Iliyasu, disclosed this in a statement on Saturday in Abuja.

Iliyasu disclosed that troops of 121 Battalion deployed at Pulka in Gwoza Local Government Area, captured and destroyed the terrorists’ hideout at Zeledva Hills along Pulka – Bokko – Ngoshe Road on Wednesday.

More elements of the Boko Haram/ISWAP insurgents, bandits and other criminal elements have either been neutralised or arrested at their hideouts across the country and more of their abductees have been freed.

”On 7 Jan for instance, troops of 121 Battalion deployed at Pulka in Gwoza LGA of Borno State while on ‘Operation RUFE KOFA’ cleared and destroyed Boko Haram criminals’ hideouts at Zeledva Hills along Pulka – Bokko – Ngoshe Road in the same LGA.”

He added that the combined troops of 192 Battalion deployed at Gwoza, Theatre Strike Force (TSF) and Cameroonian Defence Force in conjunction with Civilian Joint Task Force and Local Hunters ascended the Ungwan-Gara-Kwatara mountain enclave of the terrorists.

According to him, on sighting the troops, the criminals fled the enclave in disarray, while the resilient troops went ahead to clear the hideout of any presence and activities of the insurgents.

“In the process, the troops rescue 5 abandoned captives including one septuagenarian, three women and one minor.

“In a similar operation conducted by troops of 21 Special Armoured Brigade deployed at Bama on Jan. 9, recovered a mutilated body parts of a neutralized B/Haram criminal from an earlier encounter and one AK 47 Rifle magazine.

“On Jan. 8, troops of 112 Task Force Battalion deployed in Mafa Local Government Area, decimated some Boko Haram criminals and captured one AK 47 Rifle and a bandolier of 7.62mm NATO ammunition.

“Other items recovered are four AK 47 magazines loaded with 120 rounds of 7.62mm Special ammunition while others were believed to have escaped with various degrees of gunshot wounds.

“In another daring encounter with some B/Haram criminals on Jan. 6, troops of 22 Brigade (Main) deployed in Dikwa area of the state rescued one Mr Ibrahim who was earlier abducted by the criminals,” he said.

Iliyasu further disclosed that the troops of 17 Brigade deployed at Tashan Bawa, Sabuwa Local Government Area of Katsina State engaged bandits with superior fire power and eliminated many of the bandits.

He added that other bandits fled into the nearby Madaci – Birnin Gwari Forest with various degrees of gunshot wounds.

According to him, troops thereafter intensified the conduct of robust patrols in the general area to obviate further respite for the bandits.

“Furthermore, on Jan. 10, troops of 8 Division acting on reliable information intercepted a group of bandits moving with rustled cattle towards Miyanchi in Maru Local Government Area of Sokoto State.

“Troops made contact with the bandits at Kadauri and Miyanchi Bridge of the same LGA leading to killing of three bandits.

“Regrettably, 2 gallant soldiers sustained gunshot wounds and have been evacuated to a military medical facility where they are positively responding to treatment.

“The Chief of Army Staff, Lt.-Gen. Tukur Buratai commended the troops for their sustained resilience and courage.

“He urges them to maintain the momentum against all criminal elements until they are totally brought to their knees,” he added. 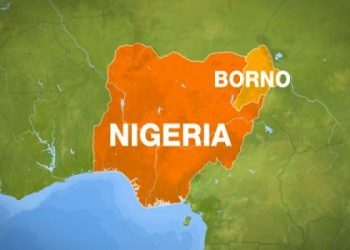