Another 300 evacuees arrive from UAE

…Buried in Sharjah on Wednesday (today)
Prince Khalid Al Qasimi, a fashion designer and son of the Emir of Sharjah, a city in the United Arab Emirates, Dr Sheikh Sultan bin Muhammad Al Qasimi has been found dead in London home.
The death of the 39-year-old businessman was confirmed on July 1.
He was buried today in the city of Sharjah, which his father rules over.
Tens of thousands of mourners attended the funeral of Al Qasimi, the owner of fashion label Qasimi Homme.
His father, Sheikh Dr Sultan bin Muhammad Al Qasimi stood over his son’s body with his eyes closed as he joined in prayers at the King Faisal Mosque at 9am.
According to The Sun, a quantity of Class A drugs had been found at the penthouse flat in Knightsbridge where his body was discovered but the police are yet to confirm or deny this.
Officers were said to have found the drugs after being called in by medics;
A source told the same publication: ‘There had apparently been a party where some guests were taking drugs and having sex.
‘It is suspected that Sheikh Khalid may have died suddenly as a result of taking drugs. As well as the police inquiry, an urgent internal probe has been ordered and staff have been ordered to keep quiet.’
The source added that Qasimi enjoyed the freedoms that London offers but that his story ‘has ended tragically’.
Three days of mourning have been announced in the United Arab emirate following the death of the “great philosopher and artist” in the UK. 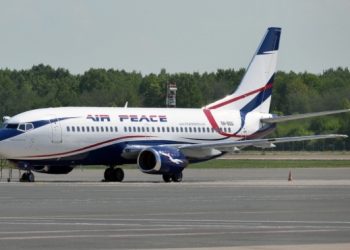 Another 300 evacuees arrive from UAE

Wike puts residents on alert, insists no land for RUGA settlement in Rivers