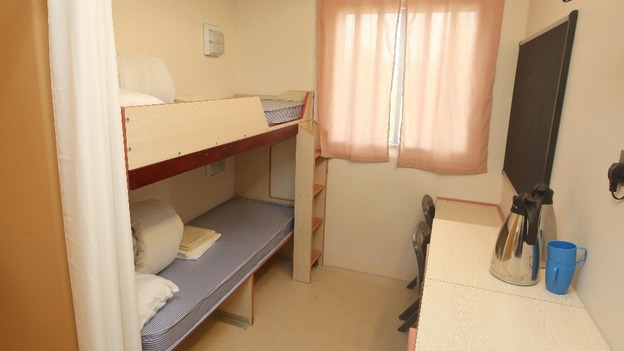 The Home Office in the United Kingdom is investigating the circumstances surrounding the death of a Nigerian in the country’s largest detention centre.

The yet to be named immigration detainee was found dead in his cell in Harmondsworth removal centre on Thursday evening.

The deceased is believed to be in his forties.

The Independent reports that he was discovered lying still in his cell by another detainee.

Tapiwa Furumdi, 24, who has been in Harmondsworth for a year, was in the cell next to his when he died.

Furumdi,from Zimbabwe,according to The Independent , said he heard the deceased expressing shock and anger.

“Someone had gone into the room and found a body and started making noise. Apparently he was already dead. I heard something like: ‘This bloody immigration, look what they’re doing to us’,” he said.

“When I looked in the room, his tongue looked all bloated out of his mouth. I’m still shaken up by it.”

Furumdisaid officers attended the scene quite quickly, but that “it was quite apparent that he was already dead”. He said it was not clear how he had died.

The 24-year-old said he didn’t know the man well, but that he was a “quiet guy”, adding: “He kept himself to himself, a really private person. He didn’t talk much at all.

A Home Office spokesperson said: “Any death in detention is a tragic event and our thoughts and condolences are with the family and friends of [the deceased].

“The welfare of all those in our care is of the utmost importance. All deaths in immigration detention are subject to investigation by the police, the coroner and the independent Prisons and Probation Ombudsman.”

The government has rejected widespread calls to end the indefinite detention of immigrants in the UK, claiming a time limit would “severely constrain” the ability to maintain effective immigration control.

Campaigners have long urged ministers to introduce a 28-day limit on how long people can be detained in removal centres, saying the system is severely damaging for the wellbeing of detainees.