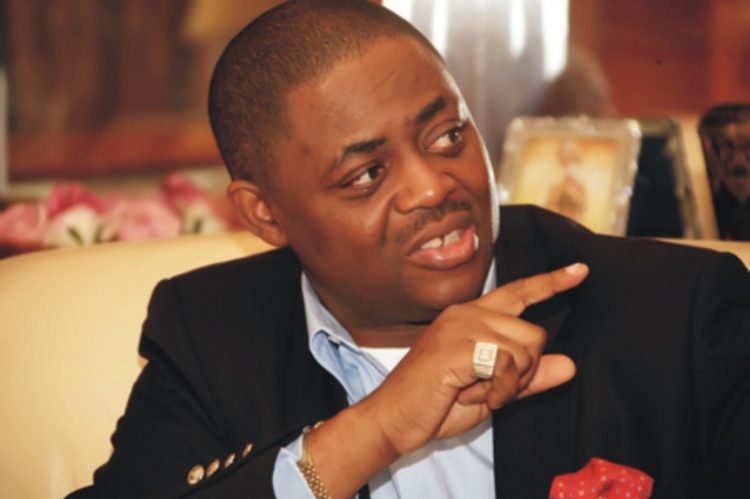 The PDP chieftain had held a press conference in Cross River State at the end of his tour of states in the South-South region controlled by the party.

Femi Fani Kayode wey be dangbana. Why are you people surprised? I hv never taken the fool serious. E don kuku block me. You guys can show him this tweet pic.twitter.com/Rt1JTCqzPW

The ex-minister in a viral video that got leaked on Tuesday was seen attacking the journalist and calling him stupid for asking the ex-minister if his tour was being sponsored by any politician or political group.

The press conference was held after Fani-Kayode inspected some ongoing projects by Governor Ben Ayade, one of which is the superhighway that would stretch from the Atlantic Ocean in Bakassi to the boundary of Benue State and the proposed deep seaport.

The former minister said the reporter was “very stupid” and that he did not need anyone to bankroll his tour.

“I am saying this on live TV. What type of stupid question is that? Bankrolling who? Do you know who you are talking to? I will not take any questions from this man,” he said.

“What type of insulting question is that? Which bankroll? To do what? Who can give me money for anything? Who do you think you are talking to? Go and report yourself to your publisher? Please don’t insult me here. I don’t want to take any questions from this man.

“I could see from your face before you got here, how stupid you are. Don’t ever talk to me like that. Who do you think you’re talking to. Bankroll who? You think I am one of those ones you… from who, when, how? You have a small mind, very small mind. Don’t judge me by your own standards.

“I have been in politics since 1990. I have been locked up many times by this government. Suffered. I have been persecuted unlike most of the politicians you follow for brown envelope. Don’t ever judge me by that standard. I spend I don’t take and I am not a poor man — I have never been and I will never be.”

At the end of the video, some of the reporter’s colleagues were seen blaming him for asking such a question as well. 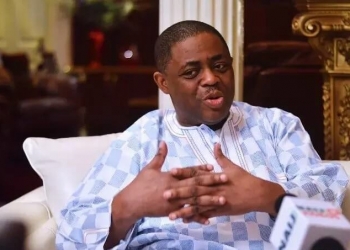 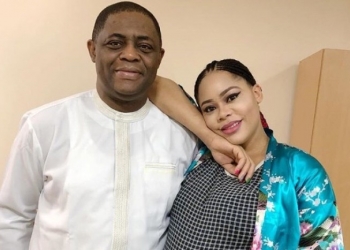 Fani-Kayode seen with another lady, reacts to reports of marrying another wife