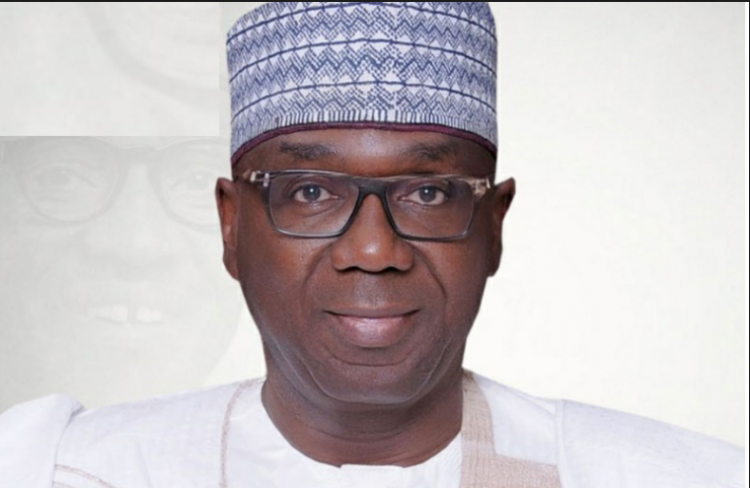 BREAKING: Lagos announces resumption date for students ahead of 2020 WASSCE

West African Examinations Council (WAEC) on Thursday officially confirmed that Kwara state Governor AbdulRahman AbdulRazaq sat for its secondary school leaving examination in 1976 at the Government College Kaduna.
The council also confirmed he sat for the exams using Razaq A.R. as contained in the credentials the governor repeatedly submitted to the Independent National Electoral Commission (INEC) when contesting for elections.
The confirmations were contained in the certified true copy of the results of the governor and other candidates of the same set that the examination body forwarded to the Kwara state Elections Petition Tribunal sitting in Ilorin.
The tribunal is chaired by Justice Bassey Efiong.
The Peoples Democratic Party (PDP) and its March 9th, 2019 governorship candidate in the state Razaq Atunwa are challenging the election of AbdulRazaq on the allegation that he did not have WAEC results as required under the law.
The WAEC document, which is the statement of result and numbered exhibit P3B, was presented by Olorunsola Victor O., a senior examination officer with the Ilorin office of the regional body.
The witness, during cross examination, also confirmed to the tribunal that at least 31 other candidates had their names abbreviated, putting to rest claims by the PDP that the WAEC did not allow abbreviations during that time.
Asked if it would be a horrible lie for anyone to claim that AbdulRazaq did not write the exam, the witness said “yes”.
The CTC of the result was signed by Oshindehinde HSA, WAEC deputy registrar, School Examinations Department on behalf of Head of national Office of the body, Olu I. Adenipekun.
The result was presented following a subpeona of the tribunal at the behest of the PDP.
The cross examination was preceded by a mild drama at the tribunal when Paul Erokoro (SAN), counsel to the PDP Governorship Candidate Razak Atunwa, disowned the representative of the WAEC just minutes after he vehemently fought to have him testify at the tribunal.
Erokoro turned 360 degrees after the witness presented the two subpeonas the tribunal had earlier addressed to WAEC along with a CTC of the Secondary School Certificate Examination result of the Governor.
Rather than proceed to have the witness testify to the tribunal, Erokoro said he no longer agreed that the witness had truly come to represent the examination body because the subpeonas did not contain any minute suggesting he had been asked to represent the WAEC.
“We don’t accept this witness as coming from WAEC because there’s no minute on the subpeona that he’s from WAEC. We can’t take his ID as evidence that he’s from WAEC. WAEC should send a witness with instructions to testify on its behalf. We shall therefore be applying for a bench warrant for the head of WAEC to appear before this tribunal,” Erokoro said.
Counsel to the Independent National Electoral Commission Rowland Otaru (SAN); Governor AbdulRahman AbdulRazaq, Kunle Kalejaiye SAN and APC, Akin Olujimi SAN, all objected to the application.
They insisted the witness had been sworn on oath and had given his evidence and so must be cross-examined accordingly.
The tribunal, in its ruling, rejected the PDP’s application on the grounds that there was no sufficient evidence to say that the witness did not come from WAEC.
“We recall that the (witness) was presented by petitioners as WAEC representative. He’s been sworn on oath that he’s WAEC representative. He has presented his ID. He said he’s here to present the document based on the subpeona. All of these constituted evidence and there was no accusation of any sort against (this witness),” according to Justice Effiong.
“The only disagreement of the petitioners is that there is no minutes on the subpeona introducing him. We hold that this is not sufficient to order warrant against WAEC, especially that sufficient time had been given for this document to come.
“This witness has given evidence on oath and he must be cross-examined. All of his testimonies on oath are on our record.
“If the petitioners’ only argument is about minutes and not necessarily the genuineness of the subpeona or document attached thereto then we refuse this application of the petitioners for bench warrant (on WAEC)
“We hold that the witness’s evidence be continued or if it is concluded, then he must be cross-examined.”
The case has been adjourned to July 23 for the respondents to open their defense.

BREAKING: Lagos announces resumption date for students ahead of 2020 WASSCE