Home » Nigeria » Waldrum: Our mission is to see Super Falcons compete creditably with the world’s best

Waldrum: Our mission is to see Super Falcons compete creditably with the world’s best

by Abimbola Fabunmi
in Football, Nigeria
Reading Time: 4 mins read
A A
0 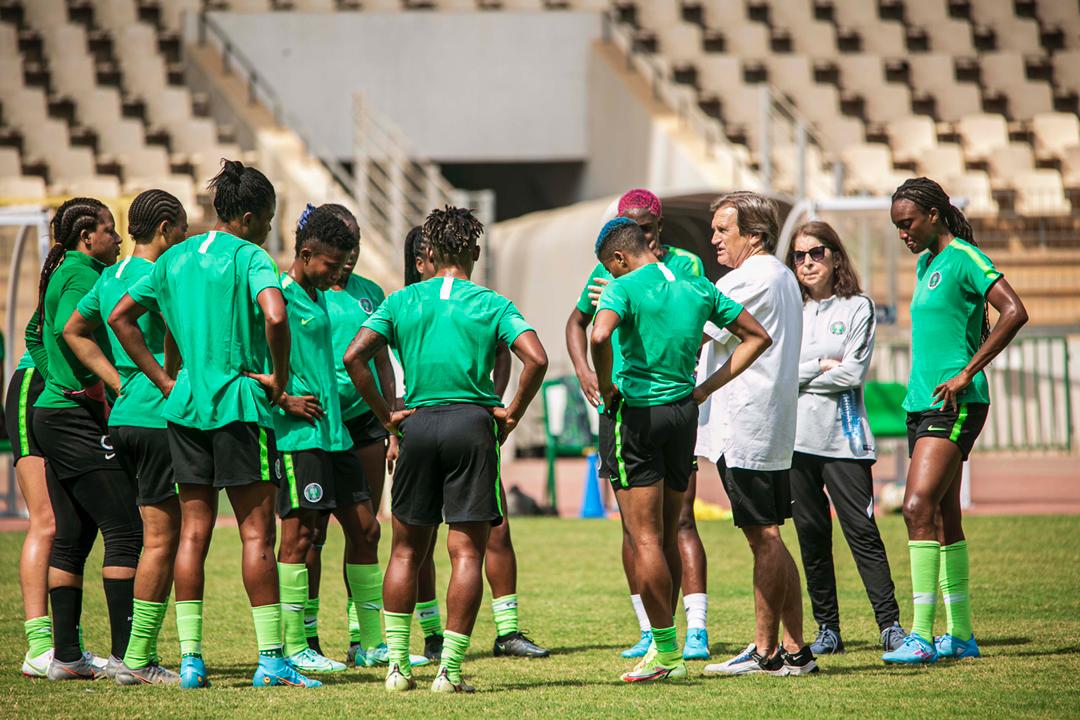 Days after leading the Super Falcons to once more earn a berth at African women football’s flagship tournament – the Women Africa Cup of Nations – American gaffer Randy Waldrum has informed thenff.com that the mission of the current technical staff of the nine-time African champions is to see the team match the world’s best teams yard-for-yard and width-for-width at the most glamorous championships.

The 65-year old, signed on by the Nigeria Football Federation in October 2020 to steer the Falcons to new levels after decades of flagrant domination on the African continent, believes the current squad has the spirit, depth and capacity to go toe-to-toe with the likes of Team USA, Germany, Japan, Norway and Brazil when the die is cast.

The Falcons have been to every single edition of the FIFA World Cup since the competition was launched in 1991, but have only survived group stage attrition on two occasions – in the USA in 1999 and in France 20 years later.

“Our initial mandate as given by the NFF was to qualify the team for the Women AFCON in Morocco. That, we have achieved. However, in the preparation and process, we also had in mind the imperative of building a squad with the strength, stamina and technical balance to give the world’s best teams a good run for their money, anyday and anywhere.

“I am happy that we have qualified for Morocco, where our first goal will be to qualify for the Women’s World Cup in Australia and New Zealand next year summer. We will continue to work on the project, getting young players who are good enough to compete with the old guard, and pick the best team always. I like the spirit of the players and their commitment to the cause, and it is an incentive in itself to keep working hard at the project.”

Waldrum, a former American professional soccer player who has coached the USA U23 girls as well as the senior women team of Trinidad and Tobago, underscored his boldness when he handed four players their first caps in the crucial 2022 Women AFCON final qualifying round, first leg match against the Lady Elephants of Cote d’Ivoire in Abuja on 18th February. Defender Ashleigh Plumptre (who has trained with the Nigeria team since August 2021 but got FIFA go-ahead to represent Nigeria at senior level in December 2021), midfielder Amanda Mbadi and forwards Ifeoma Onumonu and Esther Okoronkwo gave good accounts of themselves on the day.

Plumptre was the heart-throb of the crowd with her strength and savvy in defence, while Onumonu, who plays for Gotham FC in New York, scooped the honours by scoring both goals that handed Nigeria the advantage in the two-leg fixture.

Okoronkwo, who plays for Saint Etienne in France, was the heroine in the return leg, hammering the nail in the coffin of the Ivorians with an 87th minute goal that sealed a 3-0 aggregate win, after goalkeeper Chiamaka Nnadozie had saved a penalty with 11 minutes left in the first period.

Ageless and tireless stallion Francisca Ordega scored a goal that was ruled out in the opening half, and the fact that the Falcons felt strongly that they were denied a penalty of their own summed up the fact that they gave as much as they received in Abidjan. The performance ledger was of a different colour from the way they puttered and petered out against the same Ivorians in the race for a spot at the 2020 Olympic Women’s Football Tournament.

Talking about strength-in-depth, another veteran, Rita Chikwelu still have some fire in the middle of the pack, and Uchenna Kanu and Christy Ucheibe can add lustre at the fore on their day.

There are still options like Akudo Ogbonna, Rofiat Imuran, Oluwatosin Demehin, Nicole Payne and Christy Ogbonna in the defence, with veteran Tochukwu Oluehi able to deputise for the fabulous Chiamaka Nnadozie in goal. In the midfield, Amarachi Okoronkwo can deliver long passes and bullet shots when least expected, and Ngozi Okobi is able to provide penetrating passes that puts the strikers in good steads to deliver. Regina Otu and the Israel-based duo of Yetunde Aluko and Peace Efih are additional ammunition in midfield.

The nifty Gift Monday remains a strong force in attack, and is sure to challenge Onumonu and Okoronkwo for starting places when the team regroups sometimes in April.

The picture is of a New Nigeria squad that is able and blessed in all departments, and could achieve great things under a focused technical crew. Waldrum, recently handed a fresh two-year contract that will last till after the World Cup in Down Under, has no doubts whatsoever that his team could become one of the world’s very best soonest.

“The girls are bold, inventive and help one another out there on the pitch. It is a good picture that brings good feelings and you have the conviction that this is a team that can do great things.”

A Doctor’s Treatment for the Oil Curse – By Abu Quassim 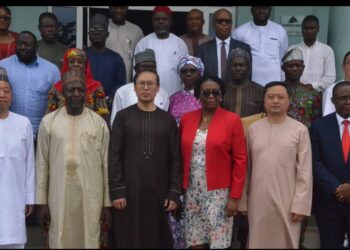