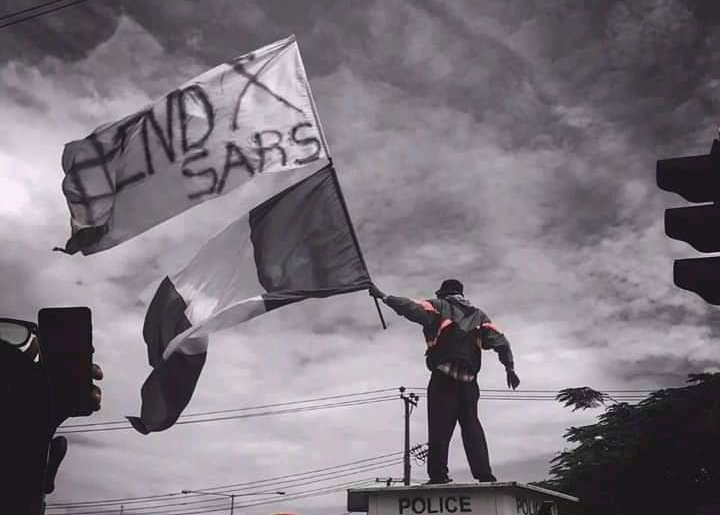 The Catholic Bishop of Ekiti State, Most Rev. Felix Ajakaye, has warned that the continued EndSARS nationwide protests were brought about by incompetent and dishonest leadership in the country, but said that a continuation of the mass activism is dangerous.

He said the protests for the disbandment of the Special Anti Robbery Squad(SARS) was an anger against what he termed incompetent, dishonest, recycled leadership and mistrust between the leaders and the led.

Rev. Ajakaye made this known at a thanksgiving service to mark the second year in office of Governor Fayemi, held on Sunday at Ado Ekiti, the state capital, amidst heavy security.

Ajakaye’s sermon was titled: “The Journey of Faith: Success Without Worthy Successor is Failure in Reality”.

To the protesters, Ajakaye appealed for a ceasefire now, and asked them to allow government to act on their five-point demands.

“They should also bear in mind that there are police officers who are not brutal.

“EndSARS Protests and agitations are not about disbandment of SARS alone, it is against injustice, mistrust, dishonesty, recycled and incompetent leadership in our nation. There is anger in the land.

“But they should suspend the protests, so that government can act on their demands.

“But If they continue, the protest may be counter productive, because there may be those who want to secretly protect their means of livelihoods,” he said.

The cleric also urged the Amotekun corps that would be inaugurated on Oct. 19, to be just, fair, disciplined and professional in their operations.

“They must not be political, else the protest against them will be worse than that of SARS. There must be sincere synergy between Amotekun and other security networks to reinforce security in the state,” he said.

He further appealed to Fayemi to increase the pace of development and maintain sincere connection with God, for Ekiti to live up to its sobriquet, “Land of honour and integrity”.

The Bishop urged the governor to be humble and listen to sincere criticisms from opposition and refrain from underrating the opposition to enable him win the succession battle and a continuity of his good works.

“Don’t appoint those that will be more powerful than you into your government. Whoever manifests that, ask him to step aside.

“A lot is needed to be done for Ekiti to get to that deserving point. If we maintain our honour and dignity, such can be translated across Nigeria, and Ekiti will become a shining example, because other states will learn from us.

“If we do God’s will and cooperate as a people, we will be successful.”

“Surround yourself with God-fearing people, because your family’s name, your name and ours as a church are at stake.

“But let me thank you immensely for bringing sanity, finesse to governance in Ekiti. I saw some of the projects you have done, you have tried but a lot more needed to be done,” he said.

Responding, Gov. Fayemi said that the President Muhammadu Buhari-led government is committed to initiating various reforms that will transform the country in all facets.

“I can understand the youths who have been protesting for some days now. There is a lot of anger in the land, hunger, disillusion and disaffection.

“We are committed to various reforms, not only about SARS, we will be making a mistake, if we think so. Our appeal is let government take the necessary steps to do what is right,” he said.

He urged Christian leaders to continue to assist the political leaders in their prayers for the country to get to the promise land.

The water-tight security, mounted around the church, was manned by the combined forces of armed Soldiers, police, SSS and men of the Civil Defence.

This came barely 24-hours after hoodlums, suspected to be among members of the EndSARS protesters, attacked a Divisional Police Station in Ikere Ekiti, headquarters of Ikere Local Government Area of the state.

They destroyed goods, items, and vehicles worth millions of Naira. 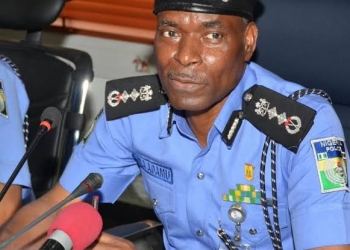 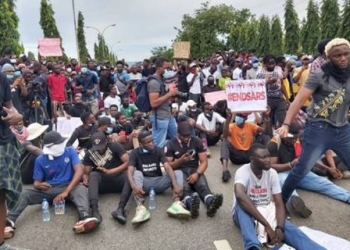