by Olaotan Falade
in Nigeria, Top Story, World
0
17
SHARES
424
VIEWS
Share on WhatsAppShare on FacebookShare on TwitterShare on LinkedInShare on TelegramSend as Email

South Africa has snubbed Nigeria’s quest for compensation for its citizens who incurred losses from xenophobic attacks.

Nigeria is pressing for full compensation for victims of the unprovoked attacks and wanton killings.

The Federal Government’s envoy is in Pretoria in a diplomatic move to end the impasse created by the situation.

But South Africa’s Minister of Foreign Affairs, Naledi Pandor, said on Thursday that payment of compensation was not in the country’s law.

Following persistent attacks over the years, many Nigerians – about 200 – have been killed. Many more have lost properties and goods worth millions of dollars, according to the President of Nigerian Union in South Africa Adeola Olubajo.

As a result of this, the Federal Government has been pressing for compensation.

Minister of Foreign Affairs Geoffrey Onyeama reiterated the demand for compensation on Thursday in an interview with reporters at the Presidential Villa in Abuja.

On Tuesday, Onyeama said:  “Full compensation has to be paid because as we have discovered from previous experience, a lot of these Nigerians loss their property and it is a long drawn out process and very often are not compensated for it. But on this occasion, the Nigerian government is going to fight for full compensation and hold the government of South Africa to count.”

The South African foreign minister also alleged that Nigerians are involved in drug and human trafficking.

Pandor spoke while responding to criticisms that South Africa’s security agencies were not doing enough to protect foreigners in the wave of xenophobia rocking the country.

In an interview with eNCA, a South African outfit, Pandor said South Africans believe many Nigerians are “harming our young people.”

Asked if the country’s security agencies had helped in protecting foreigners including Nigerians, she responded: “I would appreciate them in helping us as well to address the belief our people have and the reality that there are many persons from Nigeria dealing in drugs in our country.

“I believe that Nigerian nationals are involved in human trafficking and other abusive practices.

“These kind of assistance of ensuring that such persons do not come to our country will be of great assistance to our nation.”

The xenophobic attacks forced Nigeria to pull out of the ongoing World Economic Forum in South Africa.

In its initial response to the fresh attacks, the federal government summoned Bobby Monroe, South Africa’s high commissioner to Nigeria.

The Nigerian government is now considering the option of suing the South Africa government to force her to pay compensation, as shown by the move being made by the federal ministry of justice.

South Africa’s President Cyril Ramaphosa who addressed the nation yesterday on his attacks, did not mention the concern of Nigerians on the killing of her nationals.

He merely said at least 10 persons were killed, two of them foreigners, in a wave of riots and attacks.

In the televised address in Johannesburg, he said: “Over the past few days, our country has been deeply traumatised and troubled by acts of violence and criminality directed against foreign nationals and our own citizens,” Ramaphosa said.

“People have lost their lives, families have been traumatised … We know that at least 10 people have been killed in the violence. Two of whom were foreign nationals.”

“We can’t rule out pure criminality of criminals using a sensitive situation where there are real grievances on issues of unemployment and foreign nationals,” police minister Bheki Cele said. 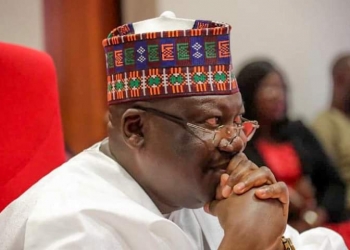