‘Zimbabweans suffered for too long under Mugabe’

“There are mixed emotions in Zimbabwe today at the death of Robert Mugabe,” the spokesperson said in a statement.

“We express our condolences to those who mourn Robert Mugabe’s death,” the statement said.

“However, Zimbabweans suffered for too long as a result of Mugabe’s autocratic rule.

1.2k
“We hope that in this new era, Zimbabwe can continue to be set on a more democratic and prosperous path.”

Zimbabwe’s long-time president Robert Mugabe has died at the age of 95 in Singapore, officials said on Friday.

Zimbabwe’s current president, Emmerson Mnangagwa, who announced the death on Twitter, praised Mugabe for his role in the liberation of his country from white-minority rule.

“His contribution to the history of our nation and continent will never be forgotten. May his soul rest in eternal peace,” Mnangagwa tweeted. 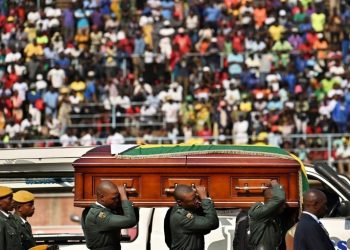 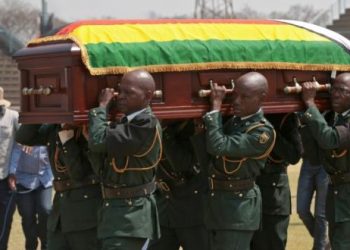