Blundered Past, Xenophobia and Diplomatic Crossroads, By Samuel Akpobome Orovwuje 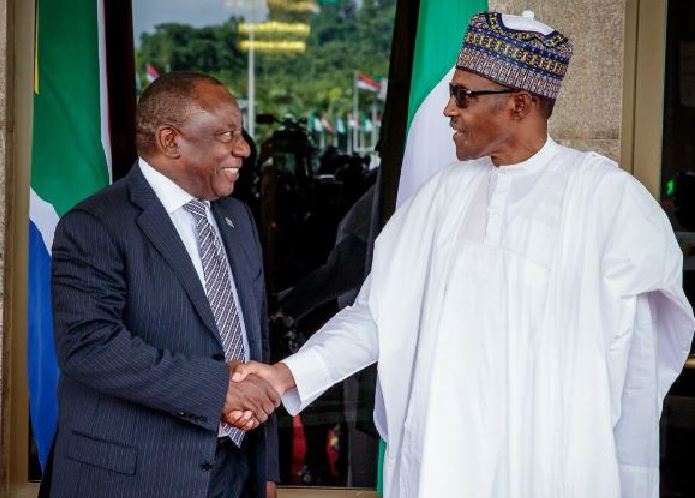 The current face – off and stand – off over xenophobic attacks on Nigerian citizens and other African nationals had led tensions in Nigeria- South Africa Relations at citizens – to – citizens engagement.

This article examines the foundational issues of racial intolerance and dislike for foreigners particularly Nigerians in South Africa within the broader past framework of the apartheid regime and indeed the post-apartheid socio – economic reality, which has over time shaped the existential notions of false community, vague entitlement and empty sense of belonging amongst a number of black South Africans and on other the  hand Nigeria’s daunting task of addressing the country’s myriad domestic challenges, while also maintaining its unproductive and not making economic gains abroad as a regional leader in Africa as well a global player in some important international fora like the United Nations.

Additionally, it highlights fresh perspectives to recalibrating reverse migration and building robust foreign policy and diplomatic template that priortise economic prosperity, national pride, and the provision of social inclusions schemes at home for the average citizen will help to restore hope for young Nigerians from poverty- stricken purgatory village life waiting to brave the journey of no return and at least would not be caught with up xenophobic attacks in South Africa or death sentences in obscured Asian countries.

Indeed the question of xenophobia in contemporary South Africa discourse in my view are profound psychosomatic carry – over and the blatant negative product of the humiliating apartheid regime that cannot be wish away from the collective consciousness of the people of the rainbow nation and the attendant dispossession of their existential pride has often blur the spirit of the African brotherhood.

The despicable and repugnant apartheid regime also bruised the ego and sense of humanity of this great Africans who became vulnerable and exploited in their own land and the reality of these past facts has continued to obstruct the wheel of progress and development. The political crisis of that dark era led to social dislocation, which in turn affected their economic means, educational levels attainment and the required skill sets that would have prepared them for high-level jobs and proper integration into a new democratic South Africa that promises a brighter future.

Similarly, Nigeria with the treacherous military regimes over the years has failed in its domestic management of petrol receiveables and to a very extent could not translate its foreign policy aspirations into reality; Buhari will continue to confront major challenges ranging from security constraints at home to incomplete social engineering, true federalism, nagging resource nationalism and justice. These challenges in my view have profound implications for Nigeria’s policy towards South Africa, given the closer ties between the two countries over the past few years.

The Nigerian policymakers should factor in these realities as they fashion next level Nigeria – South Africa relations. Xenophobic violence is not a new phenomenon in post – apartheid South Africa. The recent xenophobic attacks has been attributed to a combination of factors which include local political pressures over time, increases in prices of basic goods, high levels of unemployment which stood at 25%
and the growing concerns and frustrations about the South African government under incumbent President Cyril Ramaphosa to provide
essential services to poor people and the resultant economic hardship and tensions surrounding crime and competition over scarce resources by non-national population.

The continued socio- economic issues are pushing the average South African into extreme poverty in the midst of plenty and there is a high level of dissatisfaction with the scheme of things after the fall of the apartheid regime. From 2008, there were 135 separate violent incidents that left 62 people dead, at least 670 wounded and unfortunately, dozens were carnally assaulted and many properties destroyed and looted with compensations.

Going forward, Nigeria’s diplomacy should not dwell much on the criticism of the xenophobic attacks in South Africa, but rather concrete efforts should be made at home to create an enabling environment that would create jobs and livelihoods for the common people in Nigeria and by extension South Africa for its own People.

In addition, the South Africa domestic environment has been hostile to non-nationals particularly undocumented migrants and there is implicit culture of impunity which encourages mob justice in most communities. More importantly ,the violence of black’s inhumanity to other Africans particularly Nigerians is also fueled and supported by the wide spread corrupt and institutionalised xenophobia like the police, immigration services and other state structure also lack requisite knowledge and respect in handling legal and policy framework for dealing with non- nationals in the area of conflict management.

It is important to note that people migrating in search for safer and more prosperous living conditions is as old as man and the right of any person to leave any country is enshrined in the 1948 Universal Declaration of Human Rights and the 1965 International Convention on the Elimination of All Forms of Racial Discrimination respectively.

While it is not possible to eliminate social tensions in any country, it is expedient on the part of the South Africa government and its nationals to respect universal and regional treaties, declarations, norms, protocols and conventions rather than the horrendous acts that have outraged the conscience of Nigerians and indeed Africans.

The unwholesome of politicisation of migration as an excuse for xenophobia in South Africa should be addressed by diplomatic means by
both countries. The issues and factors of migration that include increased unemployment and poverty are critical to re-tooling the new Nigeria- South Africa strategic collaboration.

Beyond the special envoy briefings at the government- to government level, both countries must promote and sustain protection mechanism for human rights and beneficial environment for decent work by migrant workers and their families whether documented (economic) migrants or undocumented migrants.

Regrettably, one major drawback in the Nigeria South – Africa relations architecture in my view and indeed many Nigerians over years beyond the recent violent attacks on Nigerians and other Africans is lack of mutual diplomatic and tactful reciprocity on the part of the South Africa government and non – state actors alike for the strategic role Nigeria played in the struggle against apartheid.

Indeed, Nigeria’s frontline role in ensuring freedom for black South Africa through the mobilisation of international opinion to isolate the apartheid regime in business and sports was a welcome foreign policy objective.

However, Nigeria foreign policy outlook fails to understand the dynamics of international politics, which is a game of selective morality, outrageous paradox and double standard.

Nigeria’s flamboyant foreign policy of robust and unrestricted business environment and investment regime that the people of the rainbow nation has enjoyed in Nigeria is second to none, therefore, Nigeria must also forge strategic business alliance in South Africa emerging markets to balance the business and diplomatic relationship equation.

Furthermore, beyond the existing skewed bilateral and economic relations in favour of South Africa businesses in Nigeria, there is an urgent need for countries to initiate a liberalised migration regime and a robust migration management capacity towards enhancing and strengthening the strategic role of Nigerians in Diaspora as development partner and factoring their contributions to the overall Africa development agenda for sustainable peace and security.

Indeed South Africa and Nigeria governments must play a leading role in driving a sustainable green revolution that would provide food security thereby contributing significantly to overcoming hunger and social tensions that has characterised African Migration.

It is imperative for the government under leadership of Buhari to escalate and mainstream key external relations that is mutually beneficial in Nigeria economic ties with South Africa, while respecting all treaties and obligations on persons and related matters. The two countries in my view are not exploiting their leadership and governance roles in sustaining the African dream and indeed the drive for poverty eradication through the Sustainable Development Goals (SDGs).

Fundamentally, sustained job creation particularly for youths at home and positive image – building abroad would enhance the respectability of Nigerians in the Diaspora and indeed address the negative perception from the way the world see us as people and a nation.

Furthermore, our government at home must understand the relationship between poverty, irregular migration and the overall issues of xenophobia, which is not new in South Africa.Nigeria’s relevance within the global system depends on relative strength
and control at the domestic level and our continued relevance within the Africa continent and indeed the choppy waters of international politics and diplomatic relations.

In the final analysis, Nigeria’s international public communication mechanisms and economic diplomacy must be hinged on dexterity and
decency to safeguard our nationals wherever they are in the globe beyond the political tokenism that have trail the xenophobic attacks in South Africa. 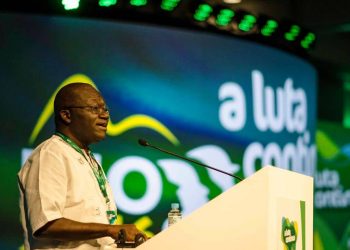 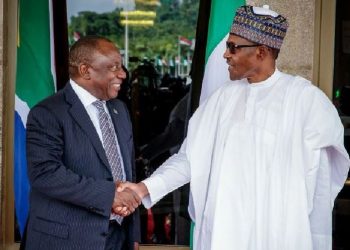 Curing the SA perfidy once and for all, By Ehichioya Ezomon