by Emman Ovuakporie
in Opinion
44 1
0 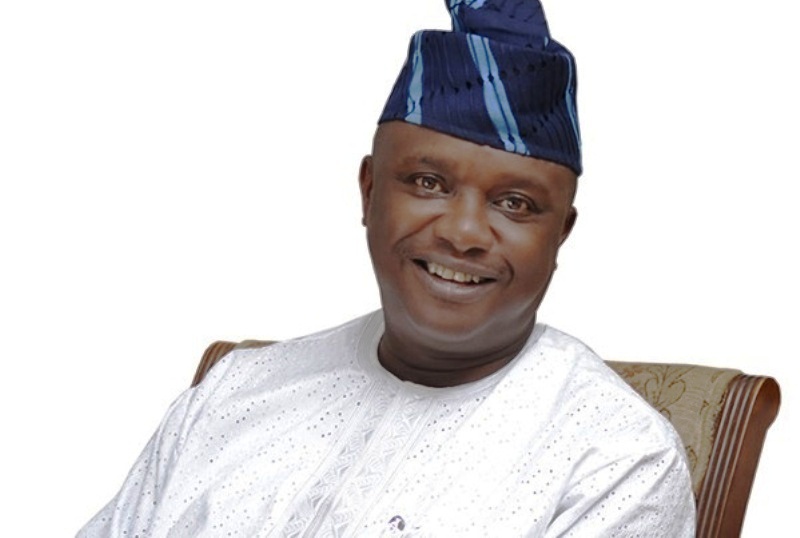 It is trite that the relationship of the Executive and the Legislative arms of government during the current National Assembly, the ninth in this nation’s history, is refreshingly cordial. The contrast could not be starker between previous polarities and the consensus ad idem achieved during this administration.

This paper starts with a theoretical overview of the requisite relations between an Executive and a Legislature, goes on to explicate the harmonious relationship in practice between the two arms under the current dispensation in Nigeria, and concludes with recommendations for consolidating the harmony in the interest of national development and the sustenance of  our democracy.

Let me start by making bold to say that the government of His Excellency, President Muhammadu Buhari, clearly and undeniably recognizes that the essence of democracy, politics and institutions of state is to engender good governance. To this end, at a recent joint retreat for the Executive and the Legislature, the President canvassed an eponymic ideology of “One Government.”

The President did not advocate an aberration. Despite the trifurcation of powers, there is still only one government. Just like one wing cannot enable the bird fly, a government cannot run on one arm alone. It is, in fact, in the interest of each arm that the other two arms are strong enough to ensure the tripod called “government” stands and can

Hard times: Calls for Salary cut, low cost of governance should be directed at Executive – Reps

discharge its functions fully and effectively.

Adapting organizational theory, government can be conceptualized as a system that has three independent yet interrelated and therefore interdependent subsystems. The subsystems must necessarily exist in a symbiotic relationship while not compromising the bounds of their independence. If one sub-system is defective, malfunctioning, not interacting at all or interacting in a dysfunctional, antagonistic and antithetical way or manner, the whole system will be adversely affected.

In our Constitution, the three arms of government are constituted as the Legislature, the Executive, and the Judicature. Section 4 of the Constitution saddles the Legislature with the responsibility of making laws for the peace, order, and good governance of the country. Section 5 empowers the Executive to implement the laws, while Section 6 vests in the Judicature the task of interpreting the laws. The three sections of the Constitution achieve a separation of powers that has become the contemporary global norm.

The theoretical privileging of separation of powers is traceable at least as far back as the eighteenth century, to the works of libertarian philosophers like the Frenchman Baron De Montesquieu (regarded as the father of the modern conception), the Englishman John Locke and the American founding fathers.  The Americans would then go on to seminally develop the classical model in which the three arms were completely separated and the head of government – the president – functioned in an entirely “executive’ capacity.

The underlying rationale for the doctrine is of checks and balances.  This is premised on an understanding of humankind as prone to autocracy and tyranny if unchecked in the exercise of power. As James Madison, one of the American founding fathers, wrote, “if men were angels no government would be necessary [and] if angels were to govern men, neither external nor internal control of government would be necessary.”

Given the impossibility of a temporal government by angels, the devolution of governmental powers to three separate arms is intended to counter humanity’s base instincts by constituting each arm into a check and balance against absolutism by any or both of the others.

Chapters V, VI and VII of the 1999 Constitution elaborate the modus operandi of the doctrine, as between Nigeria’s Legislature, Executive and Judicature. Those Chapters not only provide the powers, composition, duties and obligations of the three arms of government, they also specify certain checks and balances among the arms (as do provisions in other parts of the Constitution) in the exercise of their powers. What becomes immediately clear on reading the Chapters is that while independence is entrenched, there is also a palpable degree of interdependence (and therefore cooperation) that the Constitution expressly and tacitly provides for.

Apart from the Ministers, the Presidential appointees aforesaid, when confirmed by the Senate, enjoy the full benefit of tenure and can only be removed by the President acting on an address supported by  two-thirds majority vote of the Senate praying for removal of the concerned officer for inability to discharge the functions of the office or for misconduct.

With respect to appointments to high Judicial office, the Constitution provides also for interdependency between the Executive and Legislature. The President, upon the recommendation of the National Judicial Council, nominates the Chief Justice of Nigeria and the Justices of the Supreme Court, each of which nominations is then subject to confirmation by the Senate under Section 231. Similar provisions are made for the head of other Federal Courts.

Despite there being undeniably a scope for friction in the prescribed constitutional interfaces between the two arms, those interfaces have played out patently well, in practice, in the current administration. A comparative cost-benefit analysis should indicate, regarding the harmonious running of government between the two arms, that more has been achieved in the sixteen months of this administration (so far) than in prior dispensations.  A refreshing mutuality on co-operation, rather than the daggers-drawn relationship of preceding tenure(s), has been key in the headway achieved.

The remarkably enhanced cooperation between the Executive and the Legislature has also seen a welcome return to the January to December financial year in accordance with Section 318 of the Constitution. Unlike hitherto when assents were withheld amid a war of words sometimes between the Executive and Legislature, this new era of collaboration between the two arms of government has resulted in the smooth passage of important Bills into law such as the Deep Offshore and Inland Basin (Production Sharing Agreement) Act, the Finance Act, the Police Act and the Companies and Allied Matters Act.

On the evidence, independence yet interdependence and cooperation between the Executive and Legislature, particularly in the passage of laws and confirmation of appointments, is eminently preferable to the logjam (at the expense of the citizenry) that internecine political rivalry and partisan conflict create.  The watchwords between the two arms, irrespective of party affiliations, must continue to include harmony, dialogue, interaction, interdependence, mutuality, respect, cooperation, understanding, engagement, and communication. Antagonism, antipathy, animosity, and similar sentiments need to be eschewed whatever the case may be.

The progress made thus far must however be consciously and actively consolidated and concretized. It is not to be taken for granted or treated with levity or passivity.  Deliberate and well-thought out steps, in policy and practice, must be institutionalized to ensure that the scope for disjunction is curtailed to the point of non-existence.

The recent Joint Retreat for the Executive and Legislature is a major step in the right direction. The Executive Legislative Agenda Committee, chaired by the Senate Leader, which scrutinizes and prioritizes Bills with a view to ensuring smooth passage and assent, is another important building block.

Lines of communication must also remain open between the respective committees of the Legislature and the Executive MDAs which are within the purview of those committees. A better mutual understanding of legislator concerns and the MDAs’ executive perspectives, as well as objective harmonization of both, on an ongoing basis rather than just adhoc engagement on isolated issues, should serve the national interest immensely.

It is to be understood of course at all times that there is a fundamental line to be drawn between interdependency and ensuring that the purposes of independence are served, lest the whole checks-and-balances premise be jettisoned in favour of a rubber-stamp approach.  What is to be avoided is a knocking of heads for no reason other than political or personal expedience rather than for altruistic reasons, within the spirit and letter of the Constitution, for the greater good.

The Legislature, representing the various constituencies of the Federation, must be well alive to its oversight functions but in a manner that serves the purpose of constructive engagement, critique and calling to order, as envisaged by the Constitution.  The Executive on the other hand owes the citizenry a paramount Constitutional duty to cooperate with the Legislature in the reasonable and legitimate exercise of its Constitutional mandate.

It cannot be emphasized enough that effective communication between the two arms is required to achieve the fundamental goal of democracy, which is good governance. Laws are made for that purpose and both arms must continue to bear same in mind in advancing the cause of an effective working relationship in the interest of Nigeria and its citizens rather than for any selfish or partisan purposes.

I will recommend in conclusion that there is no limit to how much the Executive and Legislature must strive to ensure, without compromising their independence, that the working relations between them are harmonious and progressive.  Communication is key and while there is palpably improved communication as aforesaid in the current dispensation, it remains, like our democracy as whole, a work in progress. It must be nurtured and jealously guarded and managed actively with a view to smoothening out any chinks that might arise in the journey towards a better polity.

May the Almighty continue to guide, protect, and watch over the Federal Republic of Nigeria.

Hard times: Calls for Salary cut, low cost of governance should be directed at Executive – Reps 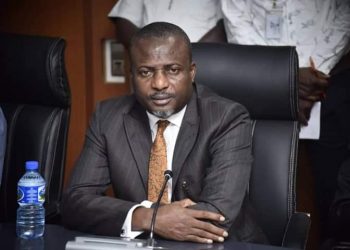 My wife was arrested by SARS operatives —Poju Oyemade