Igwe Alex Nwokedi: A true representative of our people – Adinuba 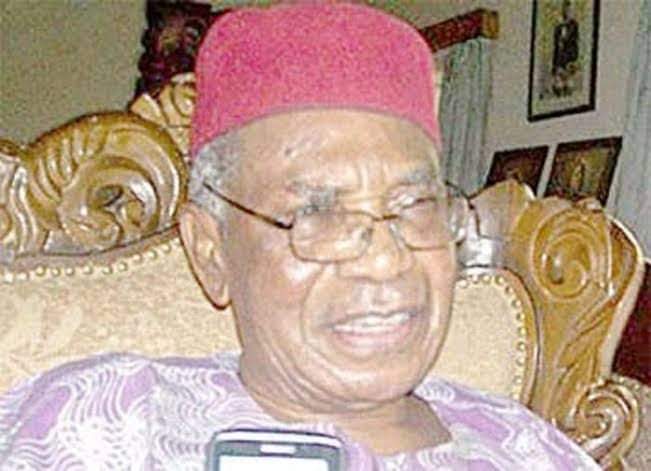 Igwe Alex Nwokedi of Achalla in Awka North Local Government Area of Anambra State who will be buried this weekend was a true representative of the Igbo people.

He excelled in every assignment he was given. Even at the Electricity Corporation of Nigeria, which did not have an excellent reputation because of its inefficient public electric power supply, Igwe Nwokedi excelled as the head of the Public Relations team.

He thus helped to position public relations practice in the public imagination in Nigeria as a key component of strategic management and leadership.

It was, therefore, no surprise when General Olusegun Obasanjo assumed office in 1976 as Nigeria’s Head of State and made Igwe Nwokedi his Press Secretary.

This appointment was significant. The Nigerian Civil War of 1967-70 had just ended, and it was not expected that General Obasanjo, who was not just a combatant in the war but also the General Officer Commanding (GOC) the dreaded 3rd Marine Commando who received the instrument of Biafran surrender from General Phillip Effiong, would appoint someone from the secessionist Biafra his image maker.

The appointment at this time in Nigeria’s history speaks much about what Ali Mazrui would call Africa’s short memory of hate but also about Nwokedi’s uncanny competence.

At a time many Igbo were timid about their Igbo identity, Nwokedi wore his ethnic identity as a badge of honour. As General Obasanjo’s Press Secretary, he insisted on being referred to as Ogbuefi Alex Nwokedi rather than Chief Nwokedi.

Even to this day, decades after he had become a frontline monarch in Nigeria, many people refer to him as Ogbuefi Alex Nwokedi.  His insistence on the Ogbuefi sobriquet while at the Dodan Barracks a few years after the Civil War  went a long way to restore confidence in the Igbo. Yet, he was no ethnic bigot. His wife is Yoruba and his daughter is married to a Yoruba. Igwe Nwokedi, in other words, was a true Nigerian.

Decades after he left office, most Nigerian journalists regard Nwokedi as the best press secretary any Nigerian leader has ever had. No wonder when the Nigerian National Petroleum Corporation (NNPC) ran into a deep reputational crisis in 1980 shortly after its establishment, there was a kind of national consensus that the best person to fix its image was Nwokedi. Of course, he delivered the goods with panache as the head of the NNPC Group Public Affairs Department, making the authorities turn the department into a division.

Nwokedi’s emergence as a Traditional Ruler was, indeed, Anambra’s gain. It inspired a generation of highly accomplished Anambra people across the globe to aspire to lead their communities regardless of the level of development.

Igwe Nnaemeka Alfred Achebe cut short his career at Shell International as a director to become the Obi of Onitsha. Professor Laz Ekwueme, laureate of the Nigerian National Order of Merit, the country’s highest honour for intellectual achievement, is now the Traditional Ruler of Oko in Orumba North Local Government Area.

Professor Chukwuemeka Ike, another NNOM laureate and famous writer, became the monarch of his rural Ndikelionwu community in Orumba North LGA. Professor Onuora Nwuneli, one of Nigeria’s pioneer mass communication scholars, is today the Traditional Ruler of Igbakwu in Ayamelum LGA. Dr Cyril Enweze, a Cambridge-trained economist, retired from the African Development Bank to emerge the monarch of Umuoji in Idemili North LGA.

Anambra has become the safest and most peaceful place in Nigeria because of, among other factors, the work of Igwe Achebe  and the monarchs he leads who are chairmen of the Anambra Vigilante Group in their respective communities. And Anambra State has received billions of naira in investment through, among others, the work of the Anambra State Investment Promotion and Protection Agency (ANSIPPA) which Dr Enweze headed because he returned home.

As Governor Willie Obiano has noted, the people and government of Anambra State owe a debt of gratitude to the memory of Igwe Alex Nwokedi, OON. He was a pathfinder and a patriot through and through. May the Good Lord receive his soul.

C. Don Adinuba is the Commissioner for Information & Public Enlightenment of Anambra State 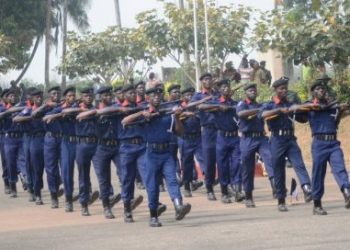 Poultry industry to shut down by January