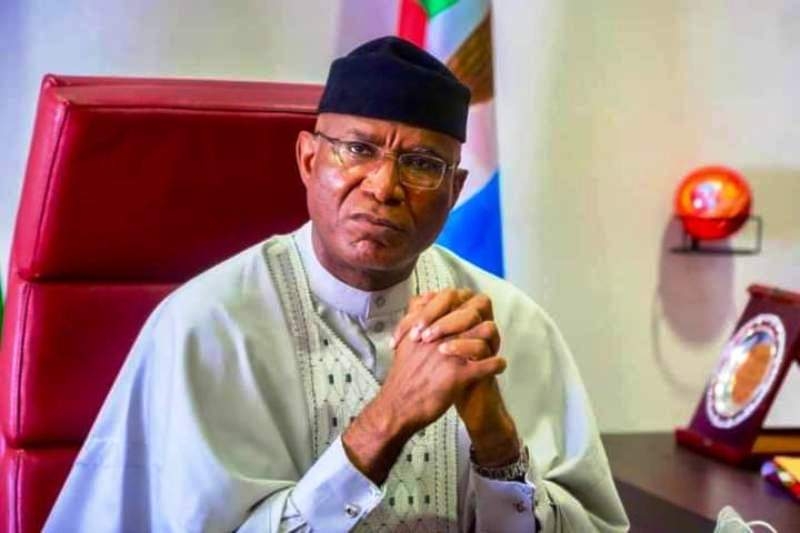 That Deltans have for more than two decades been subjected to abracadabra kind of governance birthed by questionable elections and conjured or voodoo results is not in doubt. All the sundry strange things the products of such aberration bring to our glare and make us stomach have been much of great concern to say the least. But how do you tackle avarice soared atop Everest in Delta State and stationing there these two decades plus? We speak of apical thievery, a red herring of a sort that overtook and bastardized informed and true governance.

When come good governance – corruption-free, value-woven, people-centered and transparency-anchored and therefore enthralling results showcasing! When will purposeful governance shore up in the State! This has been the heart cry of all Deltans even as the PDP top echelon and their cronies run roughshod over us, the draining of our Commonwealth being their singular goal. Such a piercing heart cry and palpable crave for good governance among Delta masses today cannot now be ignored, or can we continue to live with such trepidation of another four years in the hands of those political scavengers. Year 2023 presents an answer, a turning point with Ovie Omo-Agege. His giant strides in the Senate recommend him.

Years back Omo-Agege had been very uncomfortable with the gross mis-governance he saw when he was with PDP in Delta State, and had a great burning desire then to utter all of that for good, and with a no nonsense resolve and near deviance attempted then to contest to become the governor of the State, but alas, was hoodwinked by his then Party leaders who want their senseless, unperturbed and heedless burrowing into our common treasury an ongoing culture.

That dream of his is still very much alive than ever. His, is a rescue mission with a growing purpose. An enduring vision cannot lie. And because things, overtime, have grown doubly bad in the State, we can only sense Omo-Agege readying to fire on all cylinders, and to put a stop to this injurious and sickening huge joke we have for long acquiesced with, in the State. It really cannot be business as usual.

As the spider is to spinning a web and the silkworm to spinning a cocoon that rolls out meters of pure silk, so Omo-Agege thinks a governor or leader of men is obligated to ‘spin’ or roll out tangible, overwhelming and soothing results. This, he has shown to all in his present senatorial constituency of Delta Central as their Senator. Check the tangibles out! If you don’t know he may well be holding a  record in the National Assembly in constituency reach and touch, impact that is: A catalogue listing of so impressive feats, which may well be a subject matter another day, though already common knowledge anyway.

So, this rudder of man can only be gearing up to steer our State to an incontrovertible haven of dazzling results on all fronts. That is the promise!
Indeed, you see the man, Omo-Agege coming out to take governance to such a lofty height that will make silly all hitherto governments in the State since 1999. That is the chosen course: the focus nonesuch, drive fiery!

When he elected to be Senator of Delta Central, little did we know that a Senator can attract to his or her constituency what he has attracted so far to his Senatorial District. In the education sector alone, what startling things he has attracted to the Senatorial District he represents is a catalogue of its own which again we must leave for another day. And because yours sincerely has led the Media, Strategy and Policy arm of another Senator’s operations long before Omo-Agege senatorial escapade, and so expectedly knew how Senatorial Constituency funds were used or channeled by senators, he, in Omo-Agege, notices a pleasant departure from the past. Omo-Agege’s is a revolutionary shift. Or, how do you narrate in a short piece as this how he and his office talk federal establishments in his constituency into providing for the people their needs – and that ranges from street transformers, solar street lights  to what have you.

Walk the Streets of Delta, go to all nook and crannies and you will see a people highly stoked therefore about Omo-Agege’s present gubernatorial aspiration, a people beside themselves with joy. Of course, given his greatly impressive feat at the Senate it can really not be otherwise. And what an impetus and further strengthening of hitherto fixity of resolve this is to Omo-Agege! Of course, being not one to bask on praises and carried away from set goals by them, he knows the onus is rather his to bring home the bacon; same reason he is stepping out, unlike those grabby fellows who went headlong for the safe. We refer to Omo-Agege’s heart preoccupation and the undertaking he is gearing up to get cracking. He is promising crystal delivery. A vote for Omo-Agege is therefore first, a mandate to secure our State and second, to make governance to properly stream down from Delta State House to our streets, homes and lives.

You may well have read early May 2022 of a N150billion loan by the State Government that may well now be in the mouth of some hippopotamuses that human rights crusaders have written EFCC to dig into before it settles in the bellies of those hippopotamuses. Talk of the trillions then that have over the years gone this way of many a Hippopotamuses, greedily swallowed and long sunk down to the seabed – without trace, MAY BE. That much has humans obliterated the records these 23 years of PDP’s kakistocracy and abysmal governance in Delta State.

Away with all of that! Now is the much desired time to show them the exit. Let’s check them out therefore: And, welcome good and informed governance, for it is only when governance beams down on a people that a people beam ear to ear. Spes sit vivere (Let hope come alive).

Short road to peace and freedom - By Cornelius Omonokhua