Home » Opinion » OPINION: The truth above the lies of the ‘missing’ Rivers aircraft [Part 1 of 7]

OPINION: The truth above the lies of the ‘missing’ Rivers aircraft [Part 1 of 7] 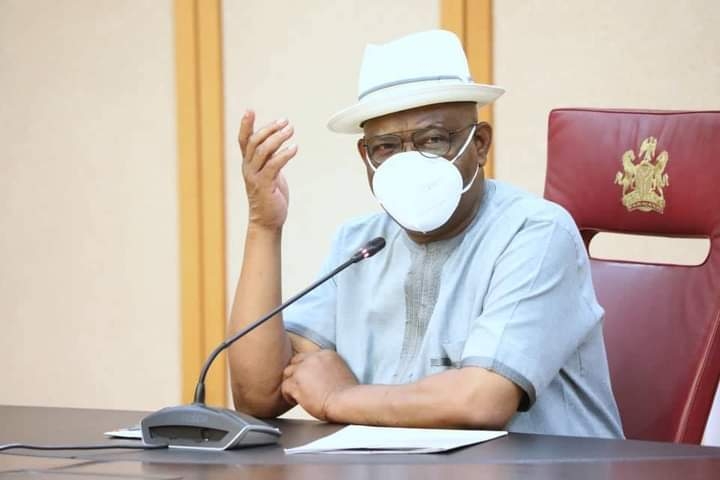 “IN OCTOBER 2010 THE RIVERS STATE GOVERNMENT AGREED TO SELL OFF THE LEGACY 600 AIRCRAFT WHILE WIKE WAS CHIEF OF STAFF”.

Following news reports by the Rivers State Governor, Chief Nyesom Ezenwo Wike, of his alleged discovery of a Legacy 600 aircraft abandoned in Germany by his predecessor Chibuike Amaechi, there has been intense conversation on the validity, import, credibility and motive of the claim.

What are the facts?
1. In October 2010, the Rivers State Government (RVSG), while Nyesom Wike was Chief of Staff to Rotimi Amaechi, decided to sell the Legacy 600 aircraft.

2. The RVSG signed an Aircraft Sale Broker Agreement with ACASS Canada Ltd. George Tolofari, the then Commissioner for Transport signed the agreement on behalf of the Rivers State Government while Andre Khuri, President of ACASS Canada, signed on behalf of the company.

4. In order to sell the plane, it had to be refurbished and showcased. That meant it had to be flown abroad for that purpose.

5. In November 2012, after the delivery of the Bombardier Global Aircraft, the Legacy 600 Aircraft was flown to RUAG Germany by Captains Princewill Okabie and Lucky Porokie. The essence was to refurbish and prepare it for display at Ebace Air Shows in Paris and Dubai.

6. In April 2013, 5 months after the Legacy Aircraft was flown to RUAG Germany, the Bombadier Global Aircraft was grounded by the Nigerian Civil Aviation Authority ( NCAA) at the Nigerian Air force Base, Port Harcourt, following political disagreements between the then Governor of Rivers State, Chibuike Amaechi and then President of Nigeria, Goodluck Jonathan. This was well reported in the media.

7. Due to the political disagreements between President Jonathan and Governor Amaechi the NCAA declined further contacts with the RVSG.
The Legacy 600, being a Nigerian registered Aircraft, could not therefore be certified fit to fly and nor its documentations processed and approved by the NCAA before it could continue flying and be ready for sale.

8. In 2013, while the Amaechi and Jonathan political imbroglio led to the grounding of the Bombardier Global Aircraft, Nyesom Wike was a Minister of State for Education running to be Governor of Rivers State in 2015.

9. The Legacy 600 aircraft, therefore, remained at RUAG till Governor Amaechi left government. There was nothing he could do as the NCAA had turned its back on the State.

10. On 21 June 2015, Chief Nyesom Wike as incumbent Governor said he was sending someone to Germany to establish the condition of the Legacy 600 aircraft. This statement reported by Vanguard Newspapers is clear evidence that at all material times Gov. Nyesom Wike knew that Rivers State had an Aircraft in Germany.

11. In the last week of January 2022, Gov. Wike was seen on Channels Television expressing dissatisfaction with the handlers of the Legacy 600 aircraft in Germany over the delay of its return to Nigeria.

12. In addition to admitting spending €3million as associated cost for refurbishing the aircraft, Governor Wike was seen and heard informing the handlers of the Legacy 600 aircraft that the plane had been missing and that the previous Government didn’t handover any records of the plane to his administration.

13. In the Channels TV video, Wike also gave a deadline of March 2022 for the return of the aircraft to Nigeria for what he described as a special assignment.

14. The claim of abandonment and Gov. Wike’s lack of knowledge of the existence of the Legacy 600 aircraft in Germany have been clearly contradicted by the above facts, and the uncontroverted statement of the then Commissioner for Transport, George Tolofari, who maintained that his handover notes as Commissioner for Transport contained all the documentation of the Legacy 600 aircraft; a fact attested to by the Transition Committee at the commencement of his administration.

15. The question any rational mind would ask is why would Gov. Nyesom Wike who at all material times , was the Chief of Staff when the decision of the RVSG was taken to sell off the Legacy 600 aircraft, turn around to deny his knowledge of the existence or whereabouts of the said aircraft?

16. Does it have to do with the March 2022 deadline, which he described as a special assignment?

Burkina Faso and Africa’s heritage of coups – By Owei Lakemfa

Burkina Faso and Africa’s heritage of coups - By Owei Lakemfa