by Olaotan Falade
in Opinion
Reading Time: 9 mins read
A A
0

On Tuesday March 15th 2016 during Nigeria’s Eighth National Assembly, I presented the Gender and Equal Opportunities Bill(GEOB) on the Floor of the Senate for its Second Reading.

The formal title for the Bill is “ A Bill for an to Incorporate and Enforce certain provisions of the United Nations Convention on the Elimination of all forms of discrimination against women, the Protocol of the African Charter on Human and People’s Rights on the rights of women in Africa, and other matters connected therewith 2016 (SB116).”

The Bill which contains 29 Sections seeks to give proper effect to certain provisions of the 1999 Constitution (as amended). These are Chapters II and IV of the Constitution which bothstipulate the Fundamental Objectives and Directive Principles of Stated Policy and the Fundamental Human Rights. GEOB is alsopremised on several international and regional treaties andprotocols which Nigeria has ratified, but is yet to domesticate. These protocols include the 1979 the United Nations Convention on the Elimination of Discrimination Against Women (CEDAW) which Nigeria ratified in 1985; the Protocol to the 2003 African Charter on Human and People’s Rights on the Rights of Women in Africa also known as the Maputo Protocol; the proposed legislation will also give life to our National Gender Policywhich was birthed in 2006 to create gender-mainstreaming in the public and private sector. Nigeria also supports non-treaty agreements that promote gender equality and women’s empowerment such as the New Economic Partnership for Africa’s Development (NEPAD), the 2015 Millennium Development Goals and now its successor goals the Sustainable Development Goals (SDGs).

This piece of legislation seeks, amongst other things, to make gender mainstreaming a core value in Nigeria’s development agenda. It will “guarantee the rights of women to equal opportunities in employment, equal rights to inheritance for both male and female children, equal rights for women in marriage and divorce, and equal access to education, property/ land ownership and inheritance.” It protects widows, outlaws violence against women and prohibits gender discrimination in political and public life.

However, the Bill was received with reservations by some of my colleagues and directed to be sent back for further consultations and review on some sections. Areas of misgivings were what were described as “contradictions to some of Nigeria’s traditional and religious practices.” Another reservation was that the provisions of the Bill were “superfluous “to the Nigerian Constitution because the latter already guarantees freedom against discrimination. In short, the argument was premised on what was seen as the Nigerian Constitution being clear on the rights of all citizens whether male or female.

My legislative team and I acquiesced and spent a further threemonths reworking some sections on which objections had been raised during the Reading, with a view to re-representing it to the satisfaction of all. Thus on 15th June 2016, the GEOB was re-introduced for renewed legislative action. The opportunity to debate the Bill came on Thursday 29th September 2016. I explained that the Bill will “prohibit discrimination against persons on the grounds of gender, age or disability by any organ of government or private institution.” I also said the Bill will “promote equality, development and advancement of all persons, especially young women and girl children through the provision that special measures that would eliminate discrimination and increase political appointment positions for women in public and private spheres. The Bill recommends that a minimum of 35 per cent of such positions should be reserved for women.” After several contributions from several of my colleagues including Senators Ike Ekweremadu, Remi Tinubu, Binta Garba Masi,further clarifications were made, and former Senate President, Dr Bukola Saraki, ruled that the Bill be referred to the Committee on Judiciary, Human Rights and Legal Matterschaired by Senator David Umaru.

Unfortunately, the legislative procedure for the GEOB was not completed before the end of the Eighth National Assembly. This implications for this is that, it did not pass through the mandatory Public Hearing before a Third Reading and eventual assent into Law by the President of the Federal Republic of Nigeria.

However, the Ninth National Assembly’s tenure which runsfrom 2019–2023, provides a golden opportunity to revive the Bill and present to the Senate and re-ignite in the public consciousness. This was done on Tuesday 26th November 2019. I urge us all to support the process once again.

The GEOB is a protector and promoter of women’s rights by addressing non-domestication of some fundamental human rights and it will be a sacred document to ensure that women no longer experience discrimination in our dear country.

One of the visions for the proposed law is to see more participation of women in elective representation and when passed into law will afford more female voices to participate in legislative debates and have better representation in leadership and governance; and that our legislative institutions at the national and sub-national levels, will reflect Nigeria’s totalpopulation. This legal framework will guarantee the rights of women in all spheres of life, and will usher in a fundamental turnaround in the gender disparities in our society.

However, before it journeys to the expected logical conclusion,all stakeholders, men and women must come on board andtogether as one united voice to ensure that all Nigerian citizensenjoy what the Bill has to offer.

• ’Biodun Christine Olujimi is a Senator in Nigeria’sNational Assembly. 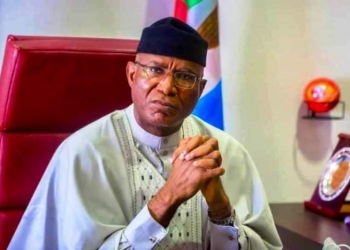 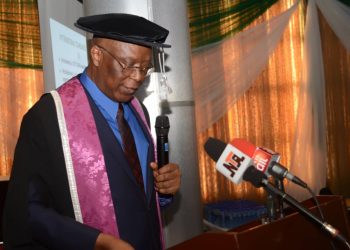 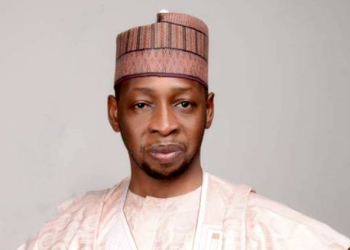