The Independent National Electoral Commission (INEC) says its efforts at ensuring the participation of more women in the electoral process did not yield the desired result in 2019 general elections.

INEC Chairman, Prof. Mahmood Yakubu, made the assertion at the “INEC’S review meeting of 2019 general elections from a gender perspective”, held in Abuja on Friday.

Represented by Dr Adekunle Ogunmola, INEC National Commissioner, Yakubu said that it was evident on the number of female candidates who emerged in the general elections.

He described the situation as appalling, “in spite a general commitment to the principle of non-discrimination, Nigeria fell short of the deserved result of giving males and females equal opportunities.”

Yakubu said that evidences abound of several negative aspects of gender relations such as: disparities between male and female access to power and resources, played out in the 2019 general elections.

He said that the 2019 general election activities and engagements showed high level participation of women in the electoral process as aspirants, but due to barriers, they regressed in the number that won elections.

Yakubu added that party primaries amongst others fell short of expectations as many women could not secure tickets to represent their parties.

“During the elections, only five out of the 73 candidates who ran for the position of president were women.

“At the end of the election, only seven women won senatorial seats and 11 were elected into the House of Representatives, while four were elected as deputy Governors.

“However, other countries in the Sub-Saharan Africa have laid examples to follow.

“The huge efforts made by the commission to support the participation of women in the electoral process did not succeed in addressing the decline of women’s representation in politics.

“This is worrisome as women’s participation in governance and leadership is not only essential prerequisite for removing gender inequality, but also the attainment of basic human rights,” he said.

The chairman said there was need to start thinking of how things could be done differently for more impact.

“Such exercise will assist INEC to learn vital lessons that could enable the commission review its policies and programmes and serve as a roadmap in planning for future elections.

“There is also need to review the operational framework put in place by the commission, identify success factors with a view to consolidating and sustaining them,” he said.

Yakubu added that the reviews were not about the commission alone, but about mutual credibility for a successful electoral process and outcome in the future elections.

“He said that INEC would continue to engage with critical stakeholders at various levels to support and interrogate gender issues in politics and political processes in Nigeria,” he said.

Prof. Antonia Okoosi-Simbine, INEC National Commissioner, said that the overall level of representation of women in politics remained a cause for concern.

Okoosi-Simbine said that the meeting would interrogate the actions and inactions of the commission and other stakeholders around gender issues during the elections and how to change the narrative going forward.

“The overall objective of the review is to provide a platform to analyse the 2019 elections, especially from the commission’s perspective and to advance the rights of women in Nigeria towards setting an agenda for 2023,” she said.

In her remarks, Dr Asmau Maikudi, INEC Resident Electoral Commissioner (REC) Zamfara, said that the marginalisation of women in Nigeria had been a huge detriment to its efforts to grow as a stable, democratic nation.

Maikudi said that any democratisation process that fails to incorporate a gender perspective was a flaw.

Maikudi recommended that every man and woman, starting from the ward to the presidency level should be made to compulsorily receive an awareness education/lecture on equal access of women in politics.

The event, which was attended by INEC Desk Officers from the 36 states and the FCT, was organised in collaboration with the European Centre for Electoral Support (ECES). 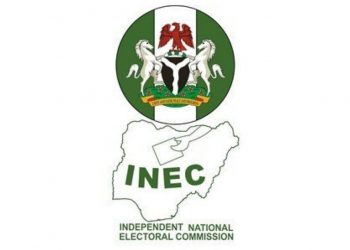