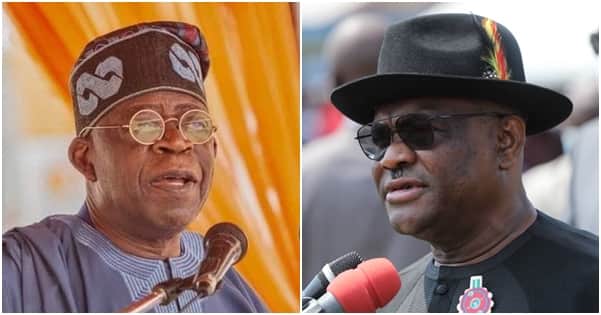 The presidential candidate of the ruling All Progressives Congress (APC), Bola Tinubu met with some Governors of the opposition Peoples Democratic Party (PDP), including Nyesom Wike of Rivers State in London.

TheNewsGuru.com (TNG) reports that the Governor of Oyo State, Governor Seyi Makinde; Governor Okezie Ikpeazu of Abia state, and many other top shots of the opposition party were also present in the meeting.

It was gathered that Wike and some of his PDP loyalists, including Governor Samuel Ortom had travelled to the United Kingdom for the critical meeting.

Rivers State Governor, Nyesom Wike of the PDP has been at loggerheads with the party’s presidential candidate over his choice of Ifeanyi Okowa as running mate.

Efforts by the party stakeholders to resolve the differences have continued to prove abortive, as Wike’s camp demands the resignation of the PDP National Chairman, Senator Iyorchia Ayu.

However, speculations are rife that Tinubu met with Wike and others in London to appeal to them to support his presidential ambition.

According to the Independent National Electoral Commission (INEC), the 2023 presidential election will hold in February 2023.