by Olaotan Falade
in Business News, Nigeria, Politics
0
17
SHARES
423
VIEWS
Share on WhatsAppShare on FacebookShare on TwitterShare on LinkedInShare on TelegramSend as Email

536
From Jonas Ike, Abuja.
The alleged forgery controversy between First Bank and Whiteplain British school Abuja over N630 million loan became more controversial at the maiden sitting of the Public Petitions Committee of the House of Representatives, following the  inability of the parties to make convincing presentations to the panel.
While the House committee was at loss by contradictions from both the defendants and petitioners, following which it gave a 7- day ultimatum to the parties to provide every detailed document involving the transaction, it formally directed the Central Bank of Nigeria, CBN,to begin an independent probe of the allegations levelled against First Bank , since it  plays a regulatory role over commercial banks in the country.
Chairman of the Public Petitions Committee of the House Hon. Uzoma Nkem  Abonta on Thursday said at the inaugural meeting, that the probe panel was all out to deliver justice and not to rewrite  or rearward judgements already made by  the various courts of competent jurisdiction on the matter before it
Abonta spoke on the sidelines of the position of the Central Bank of Nigeria CBN whose representative at the investigative hearing, said the apex bank could not wade into the matter because it would be subjudiced if they did, since the dispute was already before the courts.
“Our outcomes may prejudice the court case: if it were First bank, we will investigate, but when it is the petitioner that went to court, it is very inappropriate for us to investigate” the CBN argued
The apex bank noted that it could delve into the matter only  if the courts directs it to, but in this case,no, until probably it is subpoenaed .
But again the panel  disagreed with the CBN on the grounds that the current disputes between first bank and Whiteplain British school had far reaching implications on the general economy and as such central bank needed to intervene to forestall future occurrences and save the economy.
Nonetheless while CBN agreed to look into the matter and produce an independent opinion to the House committee,  accusation and counter accusations from both the petitioner, Dr Nwufoh, First bank and France Lee, the original owners of the land in which the British school in dispute was built, took the entire proceedings.
Whereas, Mrs Francess Ibeh of France Lee denied ever selling the land to First bank but wondered how her signature and that of her son who has been out of the country for over twenty years appeared on a mortgage document upon which the bank wants to take over the British white plain school.
“I didn’t sell a land to First Bank. First bank forged my signature and that of my son over the land” she said
She said the land was sold to Dr Nwufoh of Legacy academy, adding that ” I didn’t sign the tripartite agreement. They signed my signature and that of my son who has been out of Nigeria for over 22years’
In his submission, the petitioner told the committee that he did bought a land from France Lee upon which a certificate of occupancy,C-of-O  was obtained .
The petitioner Dr Nwufoh,further explained that he only signed a two party agreement with first bank and not a tripartite  negotiation, wondering how a land he bought in 2008 and in 2014, ” they said the person who i bought the land from surteied me”
He said ” They forged documents in a land i bought in 2008 and in 2014, they said the person who i bought the land surteied me”
But the First Bank officials , in their various submissions,  maintained that every transaction was legal and followed due process with all the  stakeholders being  carried along
They denied forging documents as it involved the mortgage and loan facility given to the management of the British school, noting that every of their actions so far, followed due legal process and in compliance with the two judgements given by two separate courts
But in ruling, the Committee helsman said, ‘ I want all the documents . I don’t want to sit on an appeal or a court ruling: if a lawyer forged documents, we will see to it that he is derobed”
He however slammed AGIS for not doing due diligence on the land in dispute and therefore directed it to within three days  provide it with  the titles of the land.
Abonta demanded for an independent opinion as regulator on the matter from CBN. From first bank, the panel wants the name of the lawyer involved in  the mortgage agreement, as well as  perfected the land titles, the name of the first bank manager in charge of the transaction and all necessary documents .
The panel noted that the documents will assist in determining what went wrong, even as the committee reiterated that it was  not competing with the court judgements on the matter
It would be recalled that  in a petition dated November 26, 2018 and signed by Whiteplain British school’s administrator,  Dr. Francis Nwufoh, the petitioner alleged  that First Bank used forged documents to seal the school over a loan yet to expire.
The petitioner further said that First Bank has commenced erecting parameter fence against the content of the judgment delivered by the court
The investigative hearing continues on Thursday, March, 28, 2019.
Tags: cbnDocumentsFBNForgeryReps 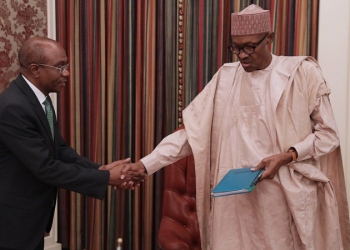