By Ehichioya Ezomon
During the last UNGA (United Nations General Assembly) in New York, a mild drama of sorts took place, as President Muhammadu Buhari walked into one of his sideline engagements in the city. A white lady shot forward and thrust her hand to shake him, as it looked the president would not extend such regards to her, and to many of the bystanders, including Nigerians and other Africans, who lined both sides.
That occurrence brought to mind how, in the recent past, Buhari’s handlers had been “unsuccessful” twice in a public relations endeavour: a documentary, and an 800-metre walk that were both designed to humanize him before Nigerians.
In late 2017, presidential aides, in attempts to present Buhari as genial, eventually portrayed him as a split-personality: The stern, no nonsense former Military officer; and a jovial, sociable, likable, jolly good fellow.
The documentary turned a PR fiasco due to its timing. Aired in the wake of a crunching fuel scarcity that threatened a celebratory Yuletide, the handlers were perhaps not in sync with the people’s sensibility of having to experience, once again, what the Buhari government promised to eliminate.
Then came the mid-2018 “800-metre walk” in Daura, Buhari’s hometown, that’s mischaracterized as a “fitness test for the 2019 elections,” but which the president correctly explained as a gesture to return the cheers and admiration for him by the crowd that manned the route from the Eld grounds to his house.
Yet, by “strolling” down the street, many of the people, the hoi-polli that are his “reliable” backers, did not have the privilege of person-to-person contact through handshakes, hugs or enquiries about their well-being in the home-front. Buhari was still ensconced by security operatives that he could only wave intermittently to the crowd.
However, that lady in New York sent a clear message to the president: That when you’re in the midst of a welcoming audience, you should loosen up, shake hands, do some hugging and exchange pleasantries and banters with the people. Even in an unfriendly environment, your mannerism and general body language could go a long way in disarming the gathering.
All this will come in handy in this campaign season that officially kicked-off yesterday, Sunday, November 18, precisely 88 days to the 2019 elections, which commence with the Presidential and National Assembly balloting at 8 a.m. on February 16.
In a January 1, 2018, piece, “Buhari: Time to self-humanize publicly,” I observed that while in a civilian garb, Buhari was still as stiff as they come in the Military, and entreated him to shelve the Barracks mentality.
The trick to humanizing oneself, I said, was not by punching the air with a clenched fist in salute or exchanging formalities with officials and VIPs, but “it’s about coming down and exchanging pleasantries with the ordinary people, the downtrodden, whom you verbalize you represent and working all your official life for.”
“Nigerians have seen snippets of the president in bouts of guffaw in photographs, especially the ones published to debunk rumours of his being vegetative or dead during his ill-health in London in 2017,” I wrote.
“But they haven’t seen Buhari, in flesh and blood, in that form or shape, not at any occasions, such as political rallies that are jamborees. The mental picture they have, and seldom see of him is a man that gives smirky smiles and a reluctant wave of the hand(s). Not for him the buzz of the Nigerian social life that makes people to loosen up.”
That documentary wanted to prove that the president is good-humoured, as most Nigerians. For, according to Governor Nasir el-Rufai of Kaduna State, a time was, particularly during the build-up to the 2015 general elections, when they, together with Buhari, “would roll on the carpet with laughter in Buhari’s home in Kaduna” – owing to the moonlight tales told by the president.
As I noted in that article, one striking feature of the Buhari aides’ narratives is that “he only let his guards down in the circles of his family members, friends and associates, including cabinet members. When he’s outside of these groups, he maintains his mien.”
“But must we all be his acquaintances before we can experience the avuncular disposition he displays in private? When the people were voting in 2015, they never distinguished between a public and private Buhari; they cast their ballots for an individual that would give them the dividend of democracy.
“How many times has the president made a detour to greet, and exchange pleasantries with members of the audience in an auditorium? How often, if any, has he been on the streets of his immediate constituency of Abuja, to ask after the wellbeing of, and share a joke or two with the common man he professes to represent?
“How would the people appreciate his difficulties in governance… if they don’t know him through personal contacts, or talk to and exchange ideas with him via the telephone, radio and television? The people don’t need third parties to tell them about his geniality. They want that familiarity first hand.”
The above queries are as germane, if not more compelling than they were in 2017, as we enter the homestretch of the 2019 polls. Buhari should take heed: This is a battle for his political life; indeed, it’s the “real” battle of his life. It’s the last opportunity to showcase himself as the “People’s President” not only by official actions, but also by personal disposition even in the public.
Win or lose, Buhari would step down in 2023 or 2019. In either scenario, he would have no other chance but now to recreate his image before Nigerians, and in particular his millions of supporters, followers, admirers, sympathizers and members of the APC.
No other person can humanize Buhari but, or than himself. And in the 2019 elections, he has only “One Life To Live.” So, in the remaining days of the campaigns, why not live it to the fullest by meeting, engaging, embracing and mixing with the voters on their home turf!
* Mr. Ezomon, Journalist and Media Consultant, writes from Lagos, Nigeria. 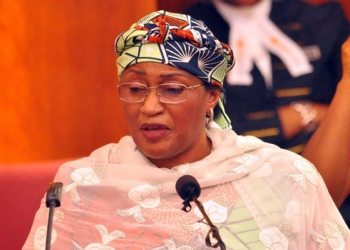