It’s 67 days to the 2019 General Election, which begins with the Presidential and National Assembly balloting at 8 a.m. on February 16. The candidates for the first of the two-part poll have only 65 days for electioneering that closes on Thursday, February 14.

Going by the timetable of the Independent National Electoral Commission (INEC) for the election, campaigning officially began on November 18, 2018, exactly 22 days today, December 10.

Taking advantage of the INEC whistle, former Vice President Atiku Abubakar, candidate of the Peoples Democratic Party (PDP), has “hit the ground running.” He has formally introduced himself to his constituency of Adamawa State, and kicked-off a nationwide campaign, with stops last week in Sokoto (North-West), Ilorin (North Central) and Ibadan (South-West), respectively.

President Muhammadu Buhari of the All Progressives Congress (APC) has yet to lift the “ban” he placed on himself, his party members, supporters, followers, sympathizers and various groups from canvassing for votes on his behalf until the INEC so declared.

But for this “self-censorship,” these individuals and groups could have filled the void created by the absence, on the hustings, of a campaign council/committee. Or is the Good Governance Ambassadors of Nigeria (GOGAN), which has been launching the ‘Buhari Unity Wrist Band’ across the country, the principal campaign arm for Buhari’s reelection?

The president’s handlers may argue that as a challenger, Atiku has a lot of ground to cover. Hence, he needs to utilize every window in the campaign period. But such positing is puerile in that Atiku is a household name since 1999 when he became deputy to former President Olusegun Obasanjo.

Competing in the Social Democratic Party (SDP) primaries in 1993, he ran as the candidate of the Action Congress (AC) in 2007, contested the PDP primaries in 2011, the APC primaries in 2014, and that of the PDP in 2018, thus staying on the political pedestal, and in the people’s consciousness for almost 26 years.

And being in the opposition, Atiku has many things going for him, mostly the congregation of “dissatisfied and disgruntled” heavyweight politicians, former presidents/heads of state, captains of industry, retired Generals, and powerful traditional rulers and clerics, who, for various reasons, do not want Buhari’s reelection.

On Thursday, December 6, that rank swelled when 41 registered political parties, on the platform of Coalition of United Political Parties (CUPP), chose Atiku as their sole presidential candidate. They hinted of “more” parties negotiating to join the alliance.

Certainly, it won’t be a tea party to confront, and overwhelm this determined opposition that has no qualms throwing the kitchen sink at Buhari (and his party), who needs a groundswell of grassroots mobilization, which his “self-censorship” has denied him and his supporters and members of the APC for months.

As incumbent, Buhari has opportunities to reach the people across the country. He could arrange or caused to be arranged official or private visits, to lay or commission projects, and attend social gatherings, such as weddings, birthday anniversaries, book launches, cultural festivities, church/mosque programmes, and turbaning/chieftaincy ceremonies. These events are never in short supply in the society.

If he loathes social functions (he’s hardly seen at such events in the past three and half years), what about using official engagements to reach out to the people? Oh yes, he terms them a breach of the INEC guidelines on campaigning offseason!

But while the INEC regularly reminds politicians not to infringe on the timetable for the 2019 elections, how does it determine which events are campaigns and others are not? Can it decipher canvassing for votes (which they’re primed to achieve) in routine inspection/commissioning of projects by elected officials?

Why did the framers of our electoral laws impose restriction on early campaigning? Is it to prevent interference with governance? If so, won’t the same governance suffer during the period of officially-sanctioned electioneering, which is an everyday affair in the United States of America where we borrowed our system of government?

President Buhari and the governors need to take a page – and some have already – from the governor of Rivers State, Nyesom Wike, who, from his inaugural on May 29, 2015, sees politicking, even at church services, as a 24/7 must-grab opportunity.

He uses his daily inspection of projects – and inviting the “Who’s Who” in Nigeria to commission them – to rally support for his government, and reelection, thereby burnishing his image as the acclaimed “Most Performing Governor” in this dispensation.

Whereas it’s Atiku and other presidential candidates that had much space to cover from November 18 when INEC gave the go-ahead for electioneering, the tables have turned. The shoe is on the other foot: Buhari, who hasn’t taken-off with barely seven weeks to spare.

Touting his achievements in the media won’t do the magic, but meeting, and showcasing them to the voters on their turfs. It’s time he left the Aso Rock comfort zone, roll up the sleeves, and hit the streets to preach and propagate the “Next Level” agenda.

For the remaining period of campaigning, he should devote one day per state, moving from one to another, and staying away from Abuja for at least 36 days. Within that timeframe, he should schedule a minimum of 72 and a maximum of 108 campaign stops: two or three rendezvous in the senatorial districts of each state.

For instance, if he begins the shuttles tomorrow, December 11, he could traverse the entire country by January 20 – allowing for three-days (December 25 and 26 and January 1) of no canvassing, to celebrate the Yuletide (Christmas, Boxing Day and New Year Day).

Back in the Presidential Villa on January 21, Buhari would then use the remaining 24 days – till February 14 – for a mop-up operation in areas (states) where Intel indicates the party needs more galvanizing of the electorate for the poll on February 16. 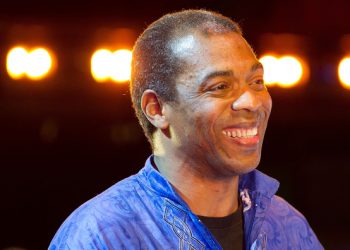 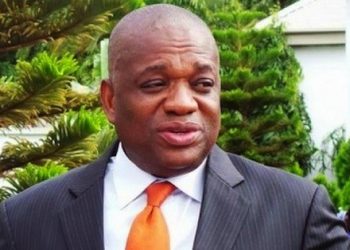