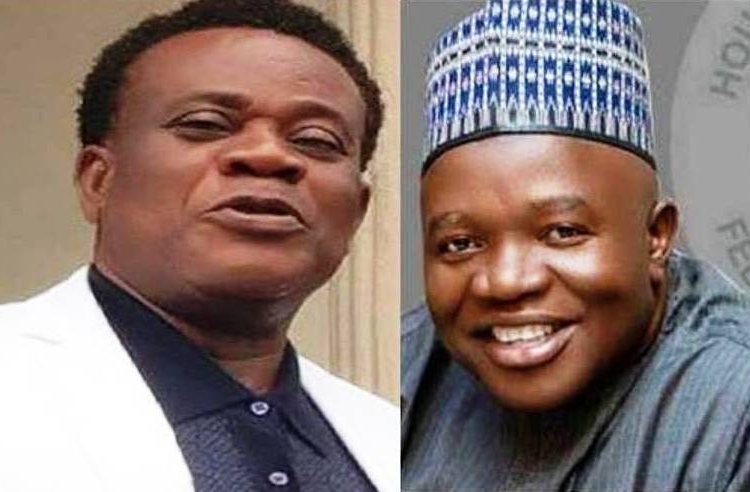 Two federal lawmakers on Wednesday defected from Peoples Democratic Party (PDP) to the All Progressives Congress (APC) but were met with stiff resistance by PDP lawmakers.

TheNewsGuru.com (TNG) reports the two PDP lawmakers are Ephraim Nwuzi from Rivers State and David Abel from Taraba, all members of the House of Representatives.

The two PDP lawmakers announced their defection on the floor of the House today in a letter addressed to the Speaker, Femi Gbajabiamila.

Gbajabiamila read the letters of their defection on the floor of the House. They both cited the Speaker’s stellar performance and leadership as the reason for defecting from the PDP to the APC.

However, the defection did not go down well with PDP Reps who insisted that the defection move was faulty. Ndudi Elumelu, Toby Okechukwu and Kingsley Chinda vehemently opposed the move.

Chinda charged the Speaker to do what is right to advance the course democracy in Nigeria, saying that the Speaker swore to protect the Constitution and as a lawyer, an opportunity had come for him to prove that he respects the law.

He recalled that in 2007, the Supreme Court had ruled that any member who defects for any reason outside division in the party should vacate his seat.

According to him, Mr Speaker, this is an opportunity before you to do the right thing and failure to do so is either cowardice or incompetence.

Speaking on the development, Femi Gbajabiamila, presiding officer, went memory lane how as minority leader more than 100 times raised and shouted to no avail when members were defecting.

After saying this, the speaker called for an exclusive session.