by Ediri Oyibo
in News, Nigeria, Politics
Reading Time: 2 mins read
A A
0 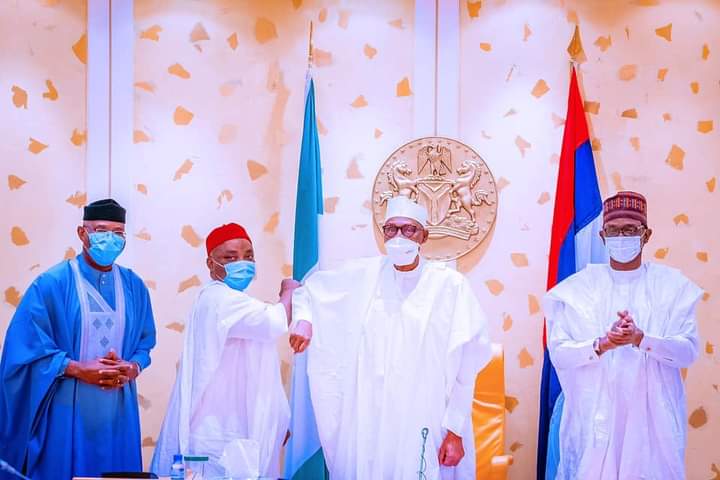 The Senator representing Delta North Senatorial District in the National Assembly (NASS), Senator Peter Nwaoboshi, who was recently suspended from the People’s Democratic Party (PDP) has joined the All Progressives Congress (APC).

TheNewsGuru.com (TNG) reports Senator Nwaoboshi joined the APC on Friday when he was presented to President Muhammadu Buhari and the National Caretaker/Extraordinary Convention Planning Committee (CECPC).

Nwaoboshi was presented to President Buhari and the CECPC at the State House in Abuja by Deputy Senate President, Ovie Omo-Agege.

Recall the Delta State PDP Working Committee on Wednesday slammed suspension on Nwaoboshi over what the party described as anti-party activities.

The suspension notice was contained in a statement signed by the party’s State Publicity Secretary, Dr Ifeanyi Osuoza, in Asaba.

According to the statement, the suspension will last for a month within which Senator Nwaoboshi is expected to clear himself before the State Disciplinary Committee.

PDP frowned at the open attack by the lawmaker on the leadership of the party and leaders of the PDP in the state, stressing that the party will not tolerate whatever will create disunity within the party.

The statement read in part, “The State Working Committee (SWC) of the Delta State Chapter of the Peoples Democratic Party (PDP), rising from an emergency meeting, has suspended the Senator representing Delta North Senatorial District in the National Assembly Senator Peter Onyeluka Nwaoboshi, for a period of one month.

However, Nwaoboshi had described his suspension from the party as laughable.

Speaking with newsmen in Abuja, Nwaoboshi, who noted that he has not been communicated by the Delta State chapter of the party on the suspension, dismissed the action, saying he does not know what they are talking about.

He said, “I am just laughing. I have not gotten a letter from them. I do not know what they are talking about”.

Meanwhile, according to a statement by Garba Shehu, Senior Special Assistant to the President on Media & Publicity, Buhari welcomed Nwaoboshi to the APC, saying “you are welcome to the progressives family.’’

The Deputy Senate President said Senator Nwaoboshi’s decision to join the APC clearly shows that the effort of the CECPC was yielding fruit.