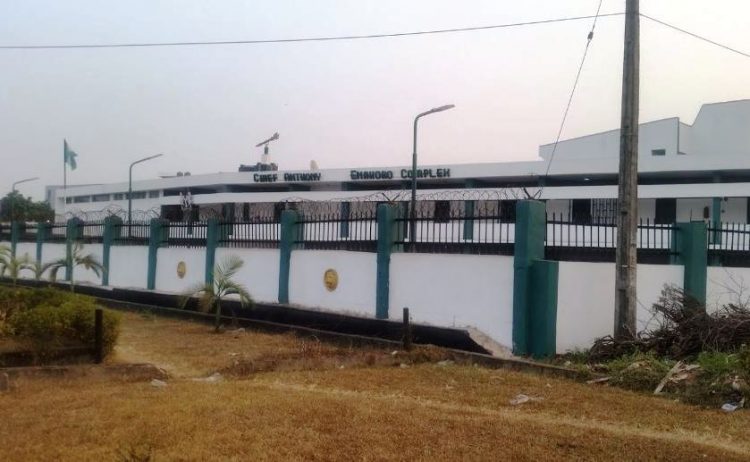 To forestall impeachment moves by the All Progressives Congress (APC) and following the reported invasion of the Edo State House of Assembly, the State Governor, Godwin Obaseki has ordered the immediate removal of the roof of the House of Assembly complex for renovation.

The Governor also ordered the heaping of sand at the front of the Edo State House of Assembly complex to further forestall the forceful takeover by security agencies. Several artisans were seen going about the renovation works which is currently ongoing.

TheNewsGuru.com (TNG) reports security agencies, believed to be drafted from Abuja on Thursday stormed the Edo Assembly complex to provide security cover to 17 lawmakers loyal to the All Progressives Congress (APC) and its governorship candidate, Pastor Osagie Ize-Iyamu.

The move, TNG gathered, which was to allow fresh inauguration of the APC loyalists, and the impeachment of the Speaker, Frank Okiye; the Governor and his deputy, Philip Shaibu, was however foiled when Obaseki, Shaibu and supporters stormed the complex.

Our correspondent later observed that trucks and tippers from the Government House were already heaping sand and other construction materials at the front of the Assembly gate. The move is likely to prevent the APC and the Abuja forces from forcefully taking over the Assembly.

Recall that Edo State lawmakers had been sitting inside the Edo State Government House for over a month, with the claim that the Assembly complex at ring road was being fumigated over Coronavirus disease (COVID-19) scare.

The crisis in the Edo Assembly began when the Assembly was inaugurated under controversial circumstances at night by the Governor with only nine out of 24 lawmakers-elect on June 17. All the 24 lawmakers were members of the APC until the recent defection of about 7 to the Peoples Democratic Party (PDP) alongside Governor Obaseki.

When contacted, Speaker Frank Okiye said he was not aware of the security presence. But a government official fingered Oshiomhole in the planned takeover.

Meanwhile, the PDP in a statement by its National Publicity Secretary, Kola Ologbondiyan has charged the Inspector General of Police, Adamu Mohammed to immediately stop the invasion and attempt to forceful takeover the Edo state House of Assembly by security operatives.

The party posits that the invasion and occupation of the state legislature by security agents allegedly deployed by sacked national chairman of the APC, Adams Oshiomhole, is a direct coup against the democratic order of Edo state and a recipe for anarchy, chaos and bloodletting.

“We urge the Inspector General to act with dispatch to curb this nefarious situation, which has heightened tension in the state, and if not halted, may results in a bloody clash as the citizens are already charged to defend their symbol of democracy from a forceful takeover.

“The Police hierarchy is urged to note that this provocative and lawless act by the APC is part of its plans to overheat the polity and create a security situation with the view to unleash violence on the people, derail the democratic order in the state and blame it on security agencies.

“We condemn this notorious resort to self help by the APC and their agents to forcefully takeover power in Edo state through the back door.

“Our party has been informed that the plot is to use the illegal security operation to seize the processes of the House of Assembly and illegally inaugurate certain individuals whose seats have been lawfully declared vacant with plans to use them to pull down democratic structure in the state.

“The PDP has also been made aware of grand plots by Oshiomhole, working in alliance with the impeached Deputy Speaker of the Edo state House of Assembly, to import a fake mace, cause anarchy and then push for the imposition of a state of emergency in the state, seeing that they cannot win the forthcoming governorship election.

“Our party therefore charges the IG to wade in and immediately withdraw the illegally deployed security officers and protect democracy and peace in Edo state.

“Our nation cannot afford to have a breakdown of law and order in Edo state at this critical time as such is capable of having a spiral effect on other states in the Niger Delta region, which will further result in dire consequences to our nation.

“We therefore restate our call to President Muhammadu Buhari to rein in Adams Oshiomhole before he triggers a serious crisis in this country,” the statement reads. 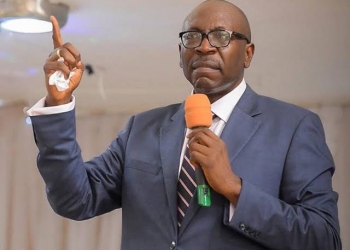 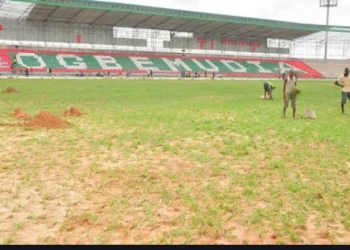 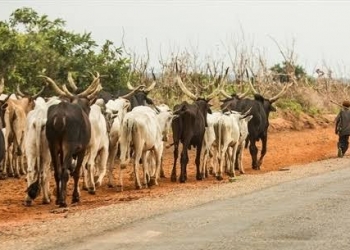