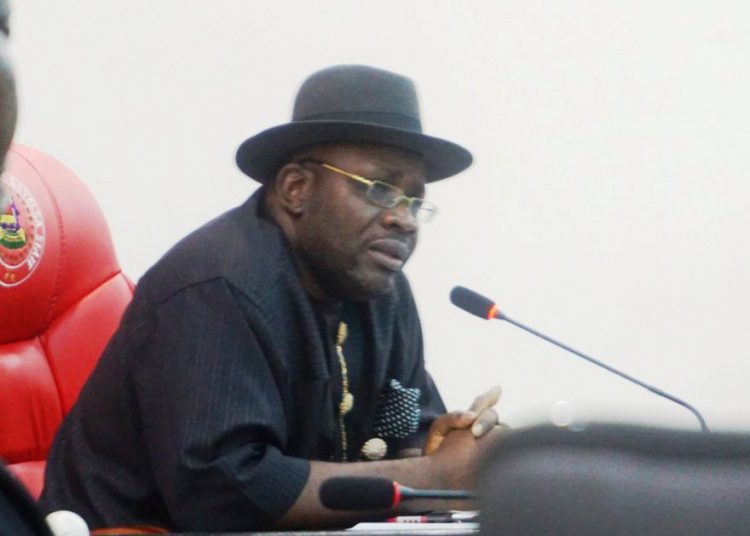 The All Progressives Congress (APC) in Bayelsa State on Thursday lashed out at Governor Seriake Dickson, dismissing as groundless and misguided a statement by the state governor.

The Bayelsa State Governor in the statement had discredited votes garnered in the state by President Muhammadu Buhari and APC candidates during the last presidential and National Assembly elections.

In a statement on Thursday in Yenagoa by the APC State Publicity Secretary, Mr. Doifie Buokoribo, the party stressed that Dickson was not Bayelsa State, and Bayelsa State was neither Dickson nor a political party.

The party also rejected an attempt by Dickson to equate himself with Bayelsa by claiming in the said statement that the state condemned votes polled by APC.

It advised Dickson to explore democratic option of seeking redress in the courts if he had any grievances about the poll results, instead of plunging into the realm of reckless and enflaming statements.

The statement reads: “The attention of the All Progressives Congress (APC), Bayelsa State Chapter, has been drawn to a recent public statement by the Government of Bayelsa State with the headline: “Governor Dickson urges Nigerians to discountenance concocted votes allotted to Buhari, APC candidates in Bayelsa”.

“In the statement, the Bayelsa State Government is reported to have rejected votes won by our party in the Presidential and National Assembly elections. “Our state condemns the purported result from constituency 4 of Southern Ijaw and the seven Nembe wards. We want the world and INEC to know that what happened in Nembe Bassambiri and Southern Ijaw Constituency 4 was a blatant assault on the rights of our people”, the statement said more specifically.

“As a narrow-minded and petty politician, Dickson seems not to realise that he is governor of all, not just PDP. Or are we to assume that APC members in Bayelsa State are from Sudan?

“The 23 February 2019 elections have taken place, the results collated and winners have emerged. No amount of threat, psychological warfare or fake news can change the results as declared by the Independent National Electoral Commission (INEC). The only option open to any aggrieved party is a democratic court of law. As a lawyer, or even governor who has access to a myriad of lawyers, Governor Dickson should know this basic fact.

“Working in concert with Governor Dickson is the amorphous Coalition of United Political Parties (CUPP) in Bayelsa State. Created by the PDP, CUPP is demanding fresh elections in Southern Ijaw and Nembe Local Government Councils won by the APC. Our advice to CUPP: go to court!

“The peace-loving, democracy-minded people of Bayelsa State cannot be made pawns in a crude political game by rogue buccaneers seeking power at all costs”.