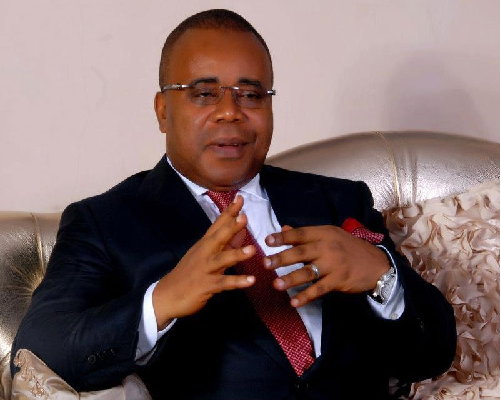 2015 governorship candidate of the All Progressives Congress, APC, Mr. Umanah Okon Umanah has advised the national leadership to restore the Augustine Ekanem led leadership of the party he insists was validly elected.

Umanah who is presently the Managing Director of the Oil and Gas Free Zone Authority lamented that those he described as food is ready politicians were the ones behind the factional crisis in the state chapter of the party.

Speaking against the background of the endorsements and commendations poured on Akpanudoedehe by party leaders at the reception for the former national secretary, at the weekend, Umana said:

“I am not surprised at the very warm way you have turned out to receive our very distinguished son. He made us very proud there is no question about that. I believe that he made Akwa Ibom proud because he served meritoriously as the National Secretary of our party. It is the first time we have had somebody from Akwa Ibom ascend that position at the national level.

“Well what we are witnessing today I don’t have anything to say because our Leader Atuekong Don Etiebet briefed you very comprehensively. And I will like to add my voice to say that “on Status quo we stand’. Because as Leader of the party in Akwa Ibom we are Law-abiding.
“We have been advised by the Lawyer of Senator John Akpanudoedehe as to what the status quo means. That is why we will continue to recognize Augustine Ekanem as the State Chairman of our party.”

Calling on the national leadership to tow the path of rule of law, Umana said:
“And we will like to appeal to the National leadership of our party that they should please save us from this distraction, so that we can focus on the task ahead, which is to win government house in 2023.

“Some of these people, you know they don’t know what we have suffered from 2015. They came when dinner has been served. Some of us were in the kitchen but when the food was ready they took over, they pushed all of us out.

“But we have determined that we will restore our party to the path of glory, because the antics of this people may lead to a situation where we may have no candidate in Akwa Ibom, and they will not care. So we are appealing to the national leadership , they should look at this matter, and the Congress that was properly conducted, there is a video, the Chairman who was designated to handle the Congress by the party, Alhaji B. Sheriff we have him on tape, on video announcing the results for goodness sake.

“He petitioned the IGP, the Director SSS that his signature was forged. We cannot run the party on the basis of criminality, we cannot. And that is why all of these leaders you find here are determined that we will stand on the truth.

” I cannot be playing that video in my house and see Ekanem being declared winner by Banky Sheriff to conduct the primaries here and somebody else suddenly becomes the Chairman.

“I congratulate my brother, he is a man of capacity, he is the caterpillar of Akwa Ibom politics, when he moves the ground will shake. So they are afraid because they know he is a caterpillar, my brother God will be with you , and may God bless APC.”

2023: Why I want to be Adamawa’s next Governor – Amb Jameel Waziri 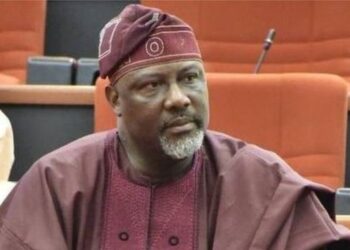 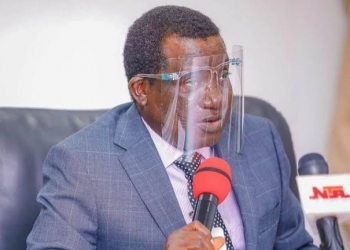 Tinubu plans on tackling unstable power supply, banditry, others if elected as 2023 President