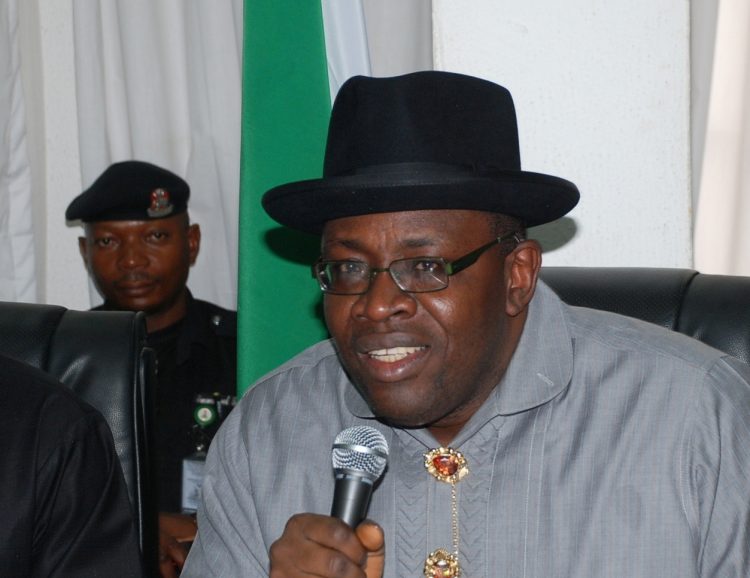 It was all drama at the Abuja secretariat of the People’s Democratic Party (PDP) Thursday, as the Deputy Governor of Bayelsa State, John Jonah; Secretary to the State Government, Kemela Okara; and Chief of Staff to the Governor, Talford Ongolo collected nomination forms for the governorship election.
First to obtain his nomination documents was Ongolo, followed by Okara, then Jonah, all within a space of five hours amid drumming and dancing by their supporters who thronged the PDP secretariat in their numbers.
Incidentally, the three aspirants are members of the Restoration Group, a political movement assembled by the governor of the state, Mr. Seriake Dickson.
At separate interaction with journalists shortly after obtaining their nomination documents, all the three aspirants spoke highly of the governor and the formidability of the Restoration Group.
Besides the three aspirants, no fewer than three other members of the Restoration Group had also obtained their nomination forms in the last one week.
All the three aspirants said the large number of aspirants within the group was not an indication that there were cracks within the Dickson political family.
The deputy governor said, “There are no cracks; if there is anything, it’s cohesion within the restoration family. People were expecting that by this time the governor will bring one candidate and say this is my candidate.
“They are speculating that others would not be allowed to show interest and they will be forced to just withdraw. That could have brought cracks. But in the thinking of the administration, we felt that those that have interest and with capacity to administer the state should show interest and we proceed from there.
“Other modalities would be worked out and at the end, we go for primaries. It is the primaries that would decide who becomes the candidate. All we are doing is to show that we are interested so there are no cracks. Anybody that says that would not be saying the truth or he doesn’t know what he is saying.”